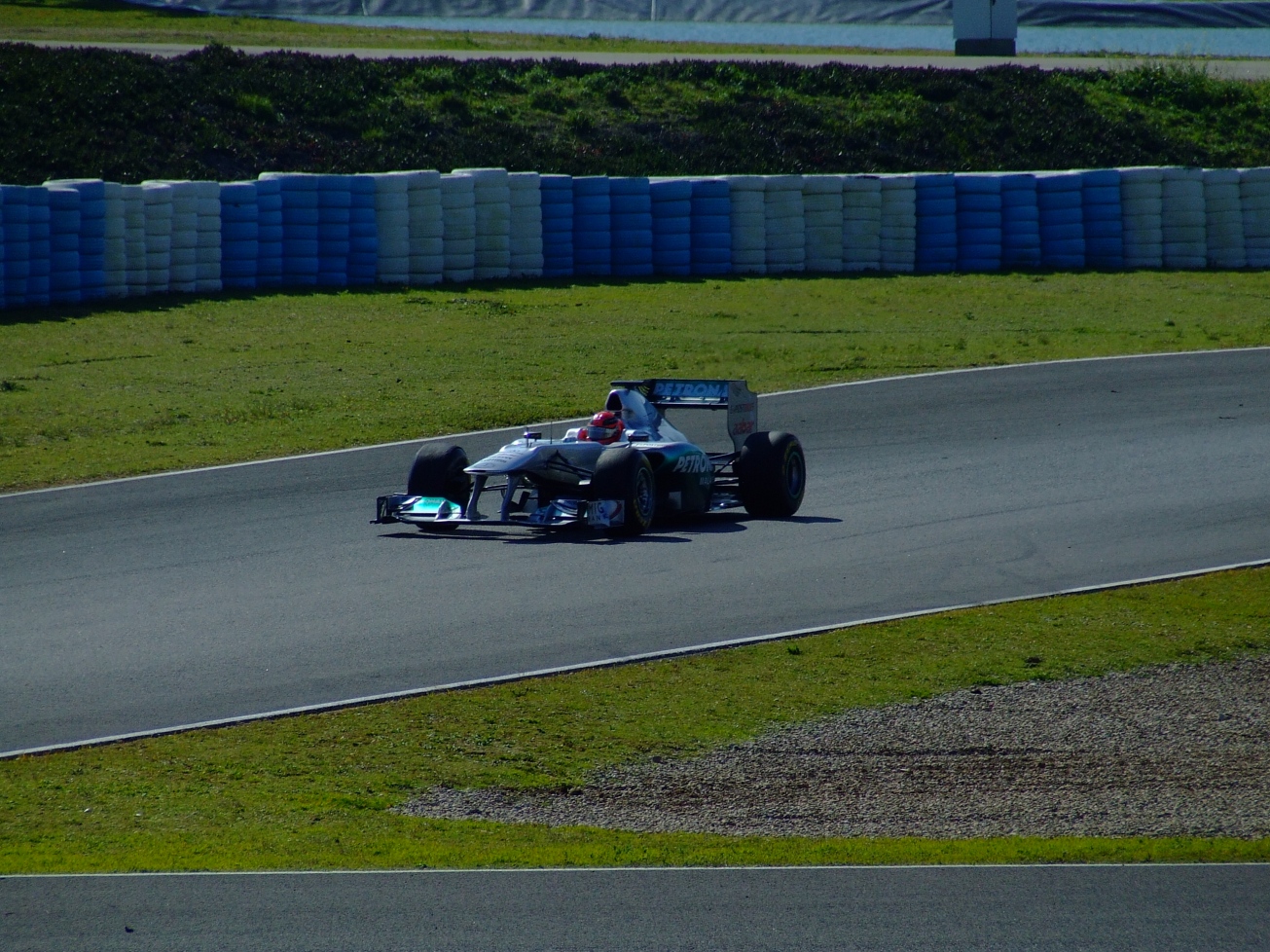 Today we can exclusively reveal that Michael Schumacher is set to announce his own Formula 1 team in Malaysia next week, which comes as a huge shock to the German’s current Mercedes GP squad. The team will be sponsored by Bad Motherf#cker wallets and a big Chinese producer of exotic condoms. We caught up with Michael to learn more about this new exciting project, as he expects to continue racing in Formula 1 at least until the end of 2020.

“Yeah, well, you know,” says Michael with the customary grin adored by his millions of fans worldwide. “People are saying I’m no good, but here I am – alive and kicking or rather being kicked by Alguersuari in case of the Australian Grand Prix. See how my great sense of humour is still there?

“I’ve been thinking about this project for a while now, just putting together all the pieces of the puzzle, holding meetings with the right people and signing contracts. We’ll have Renault power at the back of the car, Williams gearbox and Ferrari KERS system. I’m not quite sure how we’ll be able to put it all together, but in Steve Nichols – who is an excellent designer – we have our own Adrian Newey. I was so impressed by Steve’s work at Jaguar back in 2002, also my mate Eddie (Irvine) has spoken highly of Steve’s talents.

“Bad Motherf#cker was a straightforward decision – I’m carrying my Bad Mofo wallet everywhere. I even had it with me in the car on that day in Adelaide when Damon Hill drove into me! I’m spiritually attached to this thing, you know. So, we held a few meetings with Bad Mofo people and they have instantly agreed to become the official title sponsor of our project.

“Of course, I understand you’re all anxious to know the name of our new scuderia. Well, I can say that for the time being, we’re thinking of RPR – Righteous Path Racing. Not sure Bernie will let us have ‘Bad Motherf#cker’ sticker in full on the car but it’s a process. We may as well settle for ‘Bad Mofo’, unless U2 sue us for plagiarizing. Then we also have the Clong Dong Wong condoms… I know they offered us a condom-shaped motorhome for the European part of the championship, very stylish I have to say. It’s likely to stand out in the paddock.

“I’ll be driving one of the cars, obviously. My little brother Ralf is expected to take over the second car. Corinna and Cora will be in charge of the hospitality. I’ll let the world know more details soon, should be next week in Malaysia.”