Since the early eighties Diego Merino has been closely following motorsport. His early memories date back to when F1 raced in Mexico City where he assisted his photographer father shooting around the Paddock.

Having his cut teeth involved with the FIA in the organization of over 50 Grands Prix around the world, he has become a well-known face in the F1 Paddock. Since 2011 Diego began working with PeterWindsor.com both in production and editorial. His involvement as assistant also included covering F1 Test Days in Jerez and Barcelona.

In 2013, Diego became TRE (The Racer’s Edge) correspondent on youtube.com/peterwindsor, covering news such as Sergio Pérez presentation at McLaren (click HERE and HERE) and first test of Carlos Sainz Jr for Toro Rosso. Other events covered include the Gilles Villeneuve remembrance in Maranello and Trofeo Bandini in Brisighella, Italy.

Other publications on which Diego has regularly contributed are Marca.com and AutoyPista weekly magazine. In addition to this work, Diego is an F1 Analyst on Vuelta Rapida GT every week and regular guest on CopeGP, both on Spanish radio. 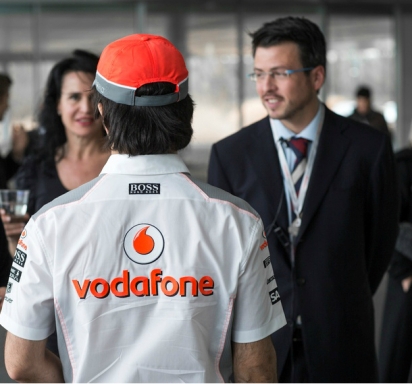 Since the late 50s Tony has been interested in Formula One, watching the likes of Stirling Moss, Mike Hawthorn and Danny Hulme. Later in the 60s and 70s he went stock car racing, owning and racing his own cars in various categories.

In the 80s Tony had his first F1 paddock experience at Brands Hatch and meeting many of the drivers of that era including the likes of Keke Rosberg, Alan Jones, Jacques Laffite, Nelson Piquet, John Watson, Ayton Senna and Nigel Mansell.  The paddock was far more relaxed in those days, smaller hospitality areas, drivers stopping in small caravans or motor homes.

The F1 paddock of today is far more clinical and a controlled environment but still you have the garages, cars and drivers who just want to race each other. Some things will never change.

Over the years Tony has been writing and taking pictures of not only Formula One but other categories including GP2, GP3, WTCC, World Series by Renault, Auto GP, Euro Nascar and many more.

Meeting teams and drivers is a passion for Tony and especially the cars and what makes them tick in today’s world of motorsport.

Tony has contributed to Renault F1, Formula One Fans Association, Motorsport Illustrated News, iberianmph.com and others.

Go through some of Tony’s articles here on iberianmph.com, follow this link. 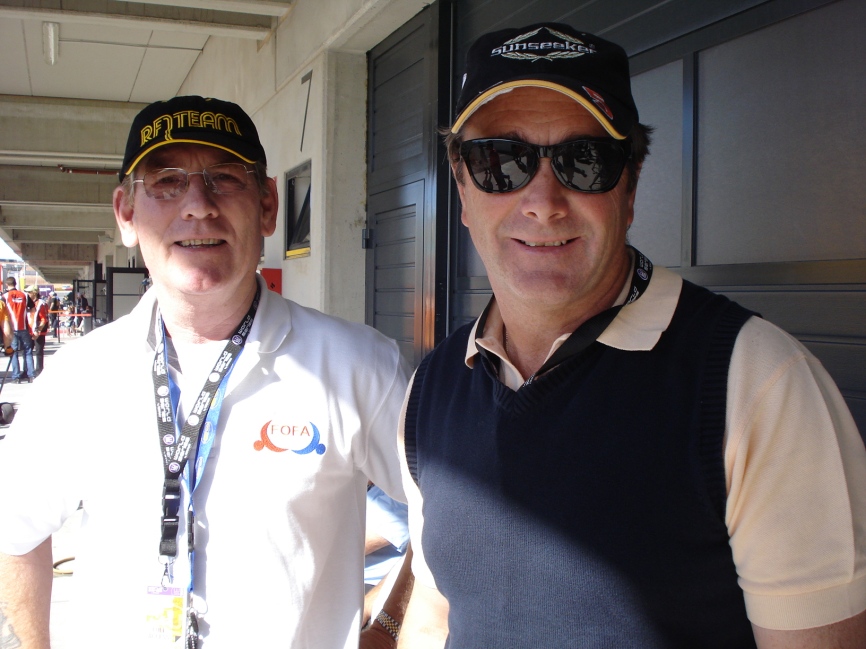 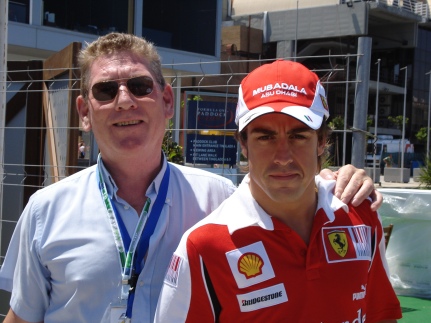 Born in Madrid (Spain) in 1989, he has been following motorsport for 13 years. Was it the Alonso fever? Well… sort of. At least, you can say that the growing interest in Spain for F1 enabled him to watch races live on TV and discover the beauty of single-seater racing across all its categories.

As every youngster trying to make a name in motorsport journalism, Sergio Álvarez started at Spanish blogs such as Zeptem.com, giving his view on the latest news which came from the paddocks. He also contributed sporadically at Thef1.com. When he was 20, an advert on a wall of his university opened to him the doors of Autofácil, the monthly best-selling motor magazine in Spain, where he reported about Formula 1 but also about World Series from time to time, always with a fresh approach not very common for this topics in his country. However, his main activities for his employers were the composing of user reports and tests of road cars.

In 2013, Álvarez moved from the Luike publishers to Grupo Atenea, where he found again many of his old mates from Autofácil/Car & Tecno. Their task at this new home was to create a lifestyle magazine for men, with which to pay tribute to the Security and Defense culture, very weak in Spain, and while making the topic attractive to the broad public. They decided to call it One Magazine, and nowadays it has settled as a reference in newsagents from all the Spanish geography… also in the automotive world! At One, Álvarez assumed the position of webmaster.

From June 2013 to July 2014, Sergio Álvarez regularly contributed with his opinions on motorsport to the radio programme Auto FM, at the broadcaster Cope Madrid Sur. He even commentated live the initial moments of the 2014 Le Mans 24 Hours.

Check out some of Sergio’s printed articles by clicking HERE or follow his work on iberianmph.com, click HERE.

@rojoalvolante in the F1 paddock 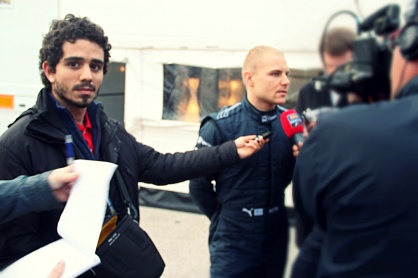 @rojoalvolante in the F1 paddock 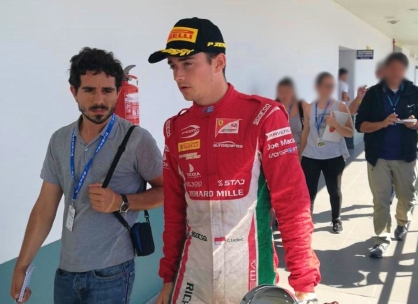 @rojoalvolante in the F2 paddock

Alejo’s involvement in Motorsport and photography started together. As a child, he first captured Gilles Villeneuve in his Ferrari 312 T4 with a primitive Kodak Instamatic during practice for the 1979 Argentine Grand Prix. Since then, he followed Formula One during the early 80s and 90s as an enthusiast, but always with the camera before the eye. His photo skills evolved with the sport, and suddenly some of his pictures started to be seen online.

His passion continued linked to Formula 1 in many ways, including doing technical scrutineering for a couple of GPs in the Noughties, and photo shootings at GPs and Test sessions. But it was never limited to that. He became a driver himself with some decent performances around the world at races of the likes of La Carrera Panamericana, Fun Cup series, 2CV 24 hours, HSR events in the USA, with a class win at the Daytona 24hrs (Historic Racing) as the pinnacle of his amateur “career”.

He races touring cars, single seaters, sport prototypes, anything on four wheels, a true victim of the racing worm. But, at each one of these events, while not wearing his helmet, he is documenting track and pits activity, with the same passion that he had at the wheel, minutes before. This insight of the sport helped him to provide a personal touch to motorsport photography, special ways to tell the story of a lap, a car or a full event. He can usually be seen at Goodwood, Silverstone and other tracks and events around the UK, with the only purpose of getting the right shot. His soft spot for Historic Cars and Historic Racing is obvious when you look at his track record on documenting this passion that brings us here.

George’s passion for photography started at a very young age, often being seen with camera in hand at family events from the age of four. His passion for motorsport started when he attended the first Australian Grand Prix in Melbourne in 1996, as a 14 year old with his father as a guest of the Jordan F1 team. He was immediately hooked.

By the age of 16 he had merged his passion for photography and motorsport by travelling around Australia with the V8 supercars as a photographer for Ford Motorsport Australia, as well as being published in various motorsport magazines both in Australia and internationally, including Autosport. In addition to this he was supplying both Formula 1 and other motorsport photographs to shops in Australia and overseas for motorsport memorabilia, and was also regularly photographing events for the Australian Porsche and Ferrari owners clubs, and performing official photography duties for classic car rallies such as the Grand Prix Rally, and Perth Classic Rally.

In more recent years George has diversified to cover music and sport, including working as Billy Joel’s official photographer at several shows in the USA, along with attending more than twenty Formula 1 races internationally, contributing to several websites, as well as working on behalf of teams including Ferrari for their social media. 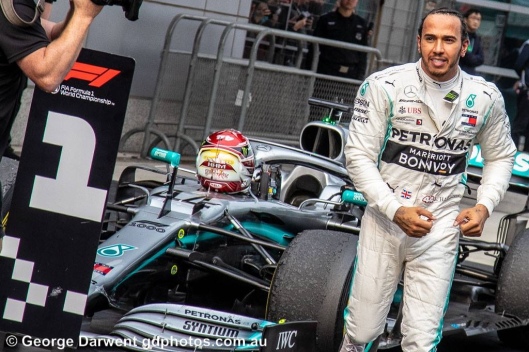 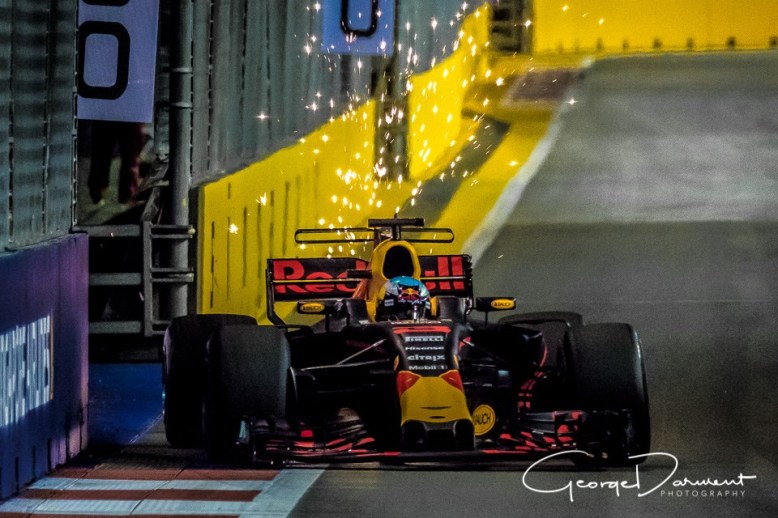 Aarón’s passion for motor racing has its genesis in 1999 in what became a trailblazing year for Spanish drivers in Formula 1: Pedro de la Rosa and Marc Gené have both inspired and mesmerised many a future key players in the sport. You can argue that without them there would be no Alonso or Sainz (Jr). And who knows, maybe Aarón would’ve chosen a different career path, like being an enologist for Tio Pepe sherry bodegas. He could’ve invented the world’s first ‘loud wines’ perhaps? But instead, he found himself working on HRT and Toro Rosso F1 cars, sniffing petrol and beautifully putting together V8 engines and V6 hybrids, jogging to the starting grid while pushing a heavy HRT-branded trolley full of expensive carbon fibre parts and hi-tech nuts and bolts. Now retired, he dedicates his time to journalism and exploring new grounds for motorsport, like Formula E. 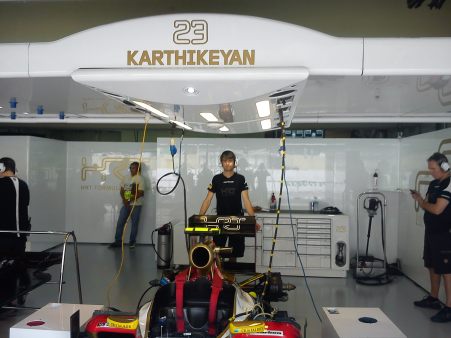 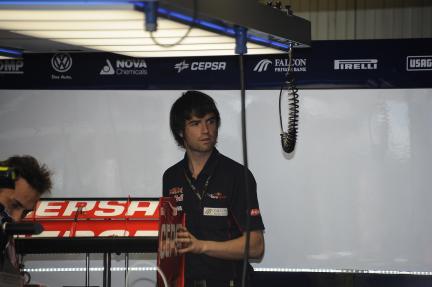 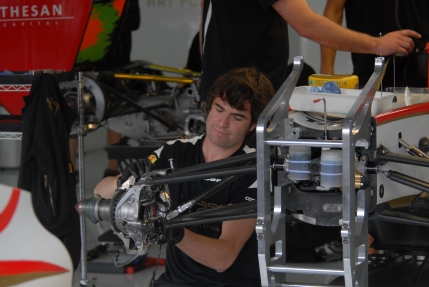