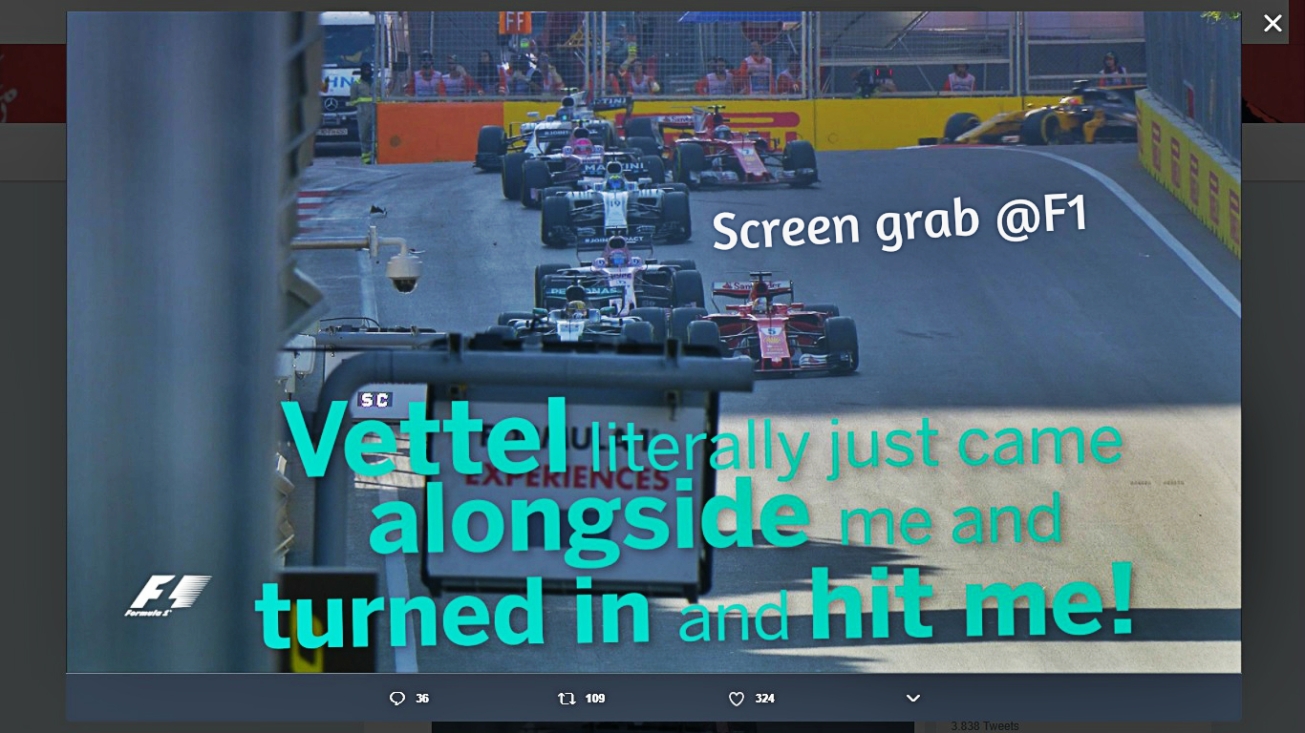 “With the lights out, it’s less dangerous” slogan evidently didn’t apply to what we saw last Sunday on the streets of Baku, Azerbaijan. Maybe Kurt got it wrong after all!

I mean, how exciting was it to watch an angry and provoked red bull (#LOL!) Seb Vettel ramming and gesticulating frantically at #blessed #TeamLH – great TV, plus it happened while they were going 10mph, as our mate Jacques Villeneuve wisely pointed out. Unsportsmanlike, but thrilling nonetheless. There’s a proper dog-eat-dog championship battle developing after some time as well as having multiple teams challenging for victories. 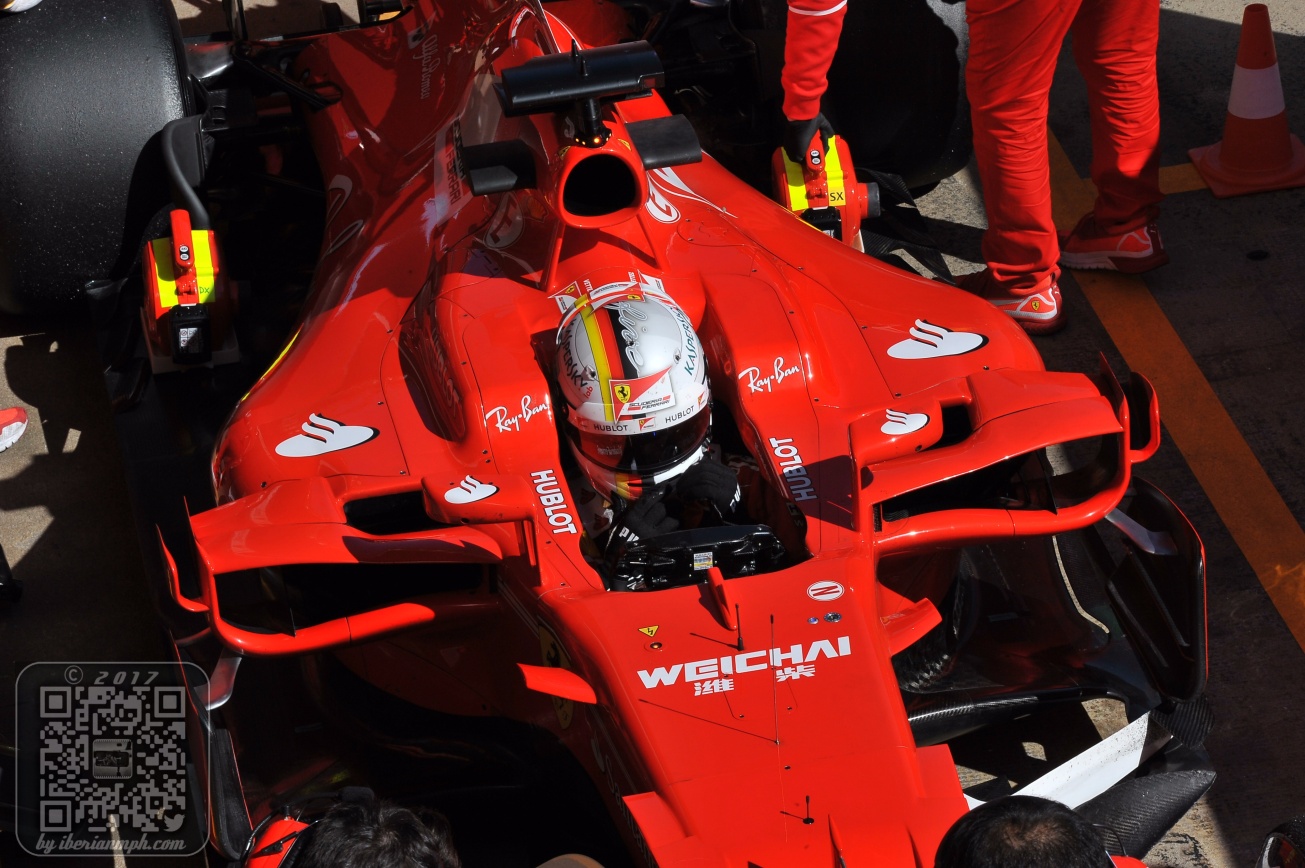 Baku is a strange place for me, with a rather puzzling constant 90-degree corner type of street circuit: locals are not even remotely interested in the sport (still, a big effort is being made to accommodate the entire F1 community); Azerbaijan – following the example of many other former Soviet states – is suddenly branding itself as an integral part of Europe (nonsense!). Let’s put it this way: the country is after the Western tourist and Formula 1 is just the ticket. I’ve no issues with that. The city looks fantastic on TV by the way, gotta give credit where it’s due. 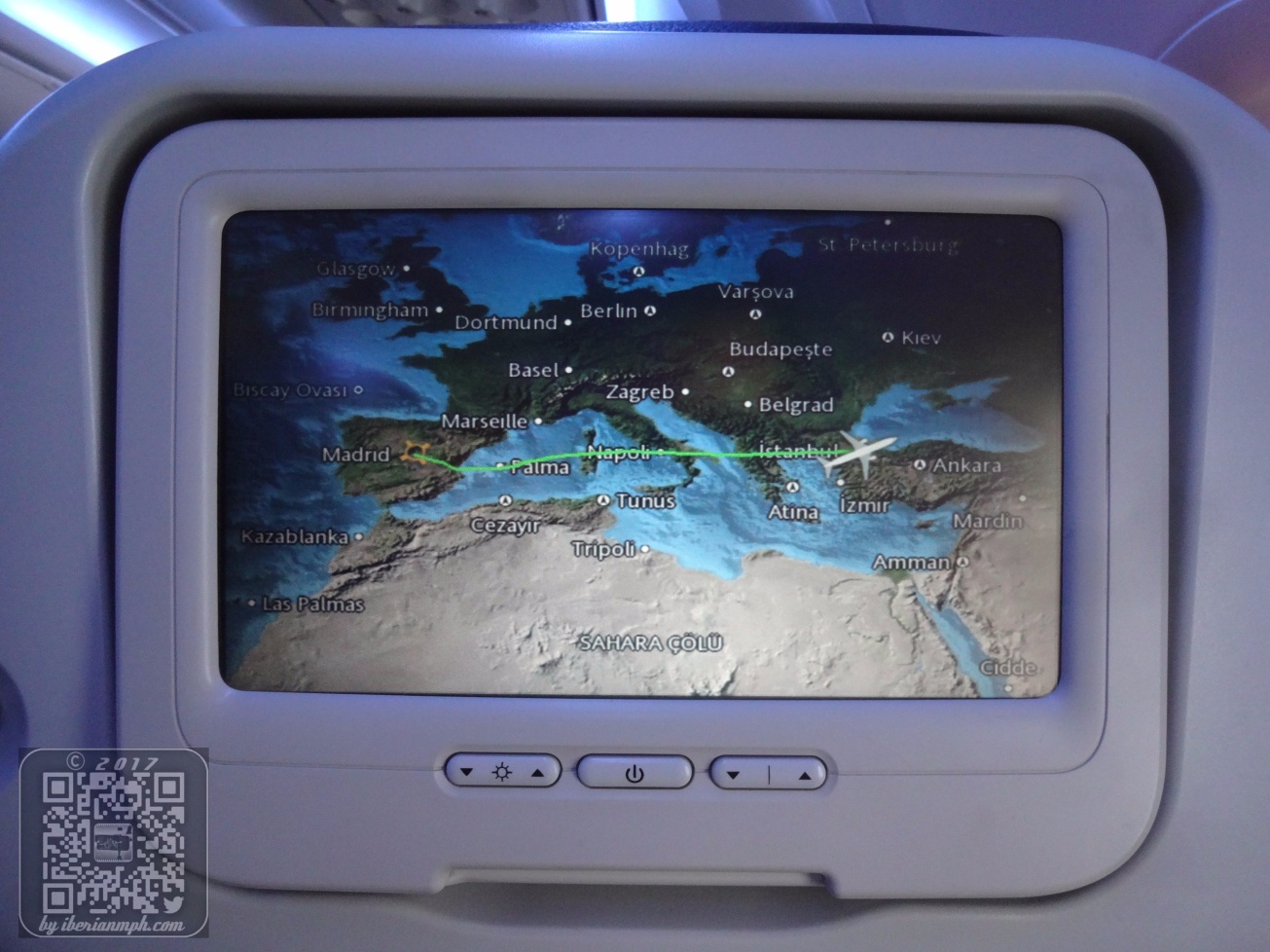 Between Sahara and Baku the choice is easy!

Last year’s race didn’t go anywhere in terms of entertainment, with track action best described as 0.5 on a scale of one to ten. Non-existent. Nico vs Lewis, Mercedes hybrid, saving the planet, saving fuel, bla-bla-bla – been there, done that. I don’t think I followed the Snoozefest 500 “European” Grand Prix for longer than 10 minutes: let’s be honest, emphasis on midfield fight is not what one wants. Madmen fighting it out for P1 like Senna and Prost or Schumacher and Hill is why we all got into Formula 1, at least I did; it was politically incorrect, kind of violent and ferocious, a bit like Bonzo’s or Dave Grohl’s drumming style, since we opened with a Nirvana quote. Arrows and Minardi were oh-so romantic, however I never paid much attention. Pardon, madame.

That would be anathema to any F1 fan, yet I would support the introduction of some form of BOP to end with domination periods. It’s been damaging the sport for quite a while now. Oh, and less expensive engines please, no extreme energy recovery mumbo jumbo.

Friday’s practice saw a number of spins, crashes and near misses – it’s a positive sign that drivers are being challenged and sometimes puzzled by the new cars; selecting reverse was a familiar sight in Baku on day one. Jo Palmer (fresh off the Kubica for Monza rumour mill) followed the example of Sergio Perez, the Mexican Nick Heidfeld (I bet SP will beat Nick’s record of the most podium finishes in F1 without a win, no?), by testing the strength of his Renault Sport’s “P’tit Gâteau” monocoque and the circuit’s hi-tech barriers at the narrow Turn 8. The “Clockwork Orange” Max Verstappen  came off worst right at the end of FP2 by burying his chic matte RBR in the barriers, the young Dutchman probably trying too hard and understeering in Turn 1. Splendid entertainment!

Honda’s latest development version of their “tremendous dymanite” 2017 PU one hundred per cent lived up to its expectations and expired in a customary large plume of smoke. “Engine, engine!” barked frustated Alonso over team radio. Truth be told, the engine seemed to produce a tiny bit more power. B*tch please, we’d honestly like to see Honda succeed in F1.

Saturday was always going to be different and so it turned out to be: Red Bull cars never had the pace to challenge Mercedes or Ferrari for pole; Mercs can somehow turn up the heat when it matters, I put it down to their magical mystery Google engine maps. Or was it the Itallyn Stallyns who were burning the midnight engine oil after all? The FIA’s latest warning on oil-burning potentially hurting the performance of Ferrari more than most in Azerbaijan. The lucky boy Ricciardo might’ve done himself a favour with his Q3 crash in hindsight: it was safer at the back on Sunday, a rare occasion! 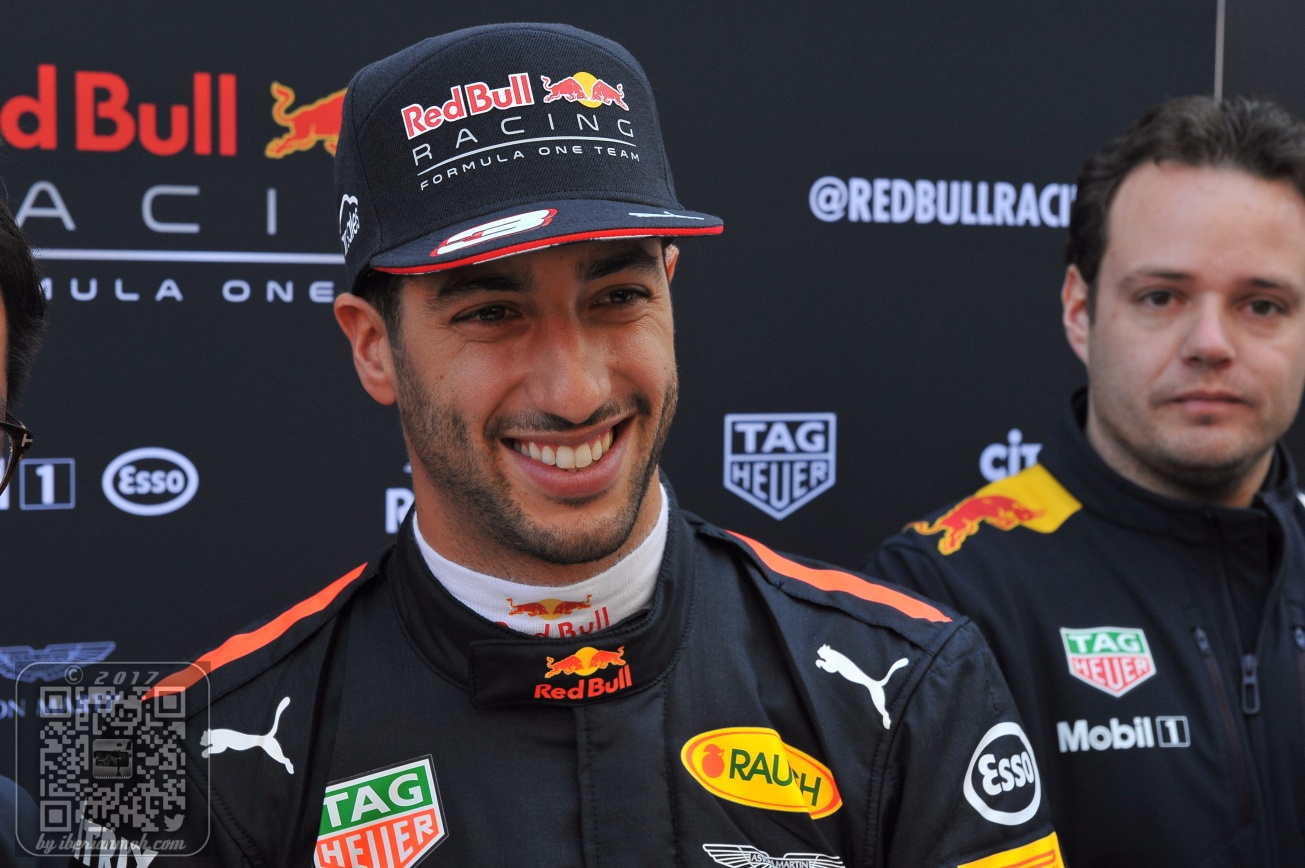 The spiritual Lew keeps getting more and more pole positions under his belt – a natural driver is always a natural! I’m praying for more mild internal conflict between Bottas and Hamilton to further spice things up in the championship. Will it ever happen though under Toto’s firm guidance and Lauda’s guerilla press gigs?

Things were destined to get pretty wild come Sunday – what we witnessed was totally worthy of a NASCAR superspeedway demolition derby. Hell, we even had a bunch of Jrs in the race to better resemble NASCAR! There was controversy right from the get-go, with Toro Rosso team-mates almost colliding, courtesy of Dani Kvyat’s coming back onto the track “like a madman”, using little Carlos’s words.

The next chemical reaction in the Baku’s Large Hadron Collider involved the two hot-headed Flying Finns: #Kimi7 and #BOTTAS; Bottas surely misjudged his car’s position on the tight and twisty Baku circuit, resulting in him careering into the side of Kimi’s red vehicle. “It can’t be same guy from the Austrian city of Fucking, we’re going there next time!” – furiously shouted Räikkönen. Alas, Bottas gave Kimi a warm Fucking welcome once again.

The safety car made its inevitable appearance a couple of times, either to retrieve the luckless Kvyat’s Toro Rosso or to collect various bits and pieces of modern F1 bodywork which littered the track after wrecking and torpedoing ensued up and down the field.

That’s when the yummiest moment of the race happened: Lewis attempted to play mind games with Sebastian before the second restart and Seb (while trying to stay as close as possible to LH) duly crashed into the back of the Hybrid Arrow.

What happened next was a total disgrace, to quote the song! Nah, just kidding. I’m almost positive they add passion and fury to pasta back at base in Maranello; Seb went ballistic and basically proceeded to strike upon #TeamLH with great vengeance and furious anger because LH attempted to poison and destroy his Ferrari. Vettel could’ve been briefly inspired by Dostoevsky’s sergeant “Gunpowder”, what do you reckon?

I was surprised to learn most F1 drivers took it easy: Button told the FIA to move on from the incident; Villeneuve was cool; McNish said it was “a bit of a comedy in a way”.

Lewis – who is the master media manipulator himself – made sure his complaints were heard by talking to virtually anyone who would listen long after the race was over.

Love it or loath it, I don’t remember F1 being in the news so much when the main focus was on political correctness; I can explain why: it doesn’t sell. That’s why NASCAR plug their Radioactive feature so much – it’s fun, it’s emotional.

Even the race stoppage in Baku had its moments: who will ever forget the mighty Kimi demanding his steering wheel back in emphatic fashion? Let the Finn drive, for Wankdorf’s sake!

The team I really felt sorry for was Force India: to throw away a healthy haul of points was unacceptable, no matter who you choose to blame for it; Ocon was on it, Perez was on it, neither used their brain. A podium was possible.

The “Hulk” Hulken-crash will also be kicking himself for clipping a wall and exiting the Azerbaijan Grand Prix ignominiously. Nico, please be kind to Alain’s hair, he’ll be pulling out what’s left of it if you keep doing the same thing!

Lance did good in Baku

And how sucky it must’ve felt for Massa to miss out on a certain win after a technical problem halted his race? Totally devastating. The only positive thing for Felipe is that his trainee survived the crash-fest and reached the podium for the first time in his multibillionaire F1 career. Kudos to Lance in any case; don’t get drunk or high little man, there’s a long way to go until the next podium! 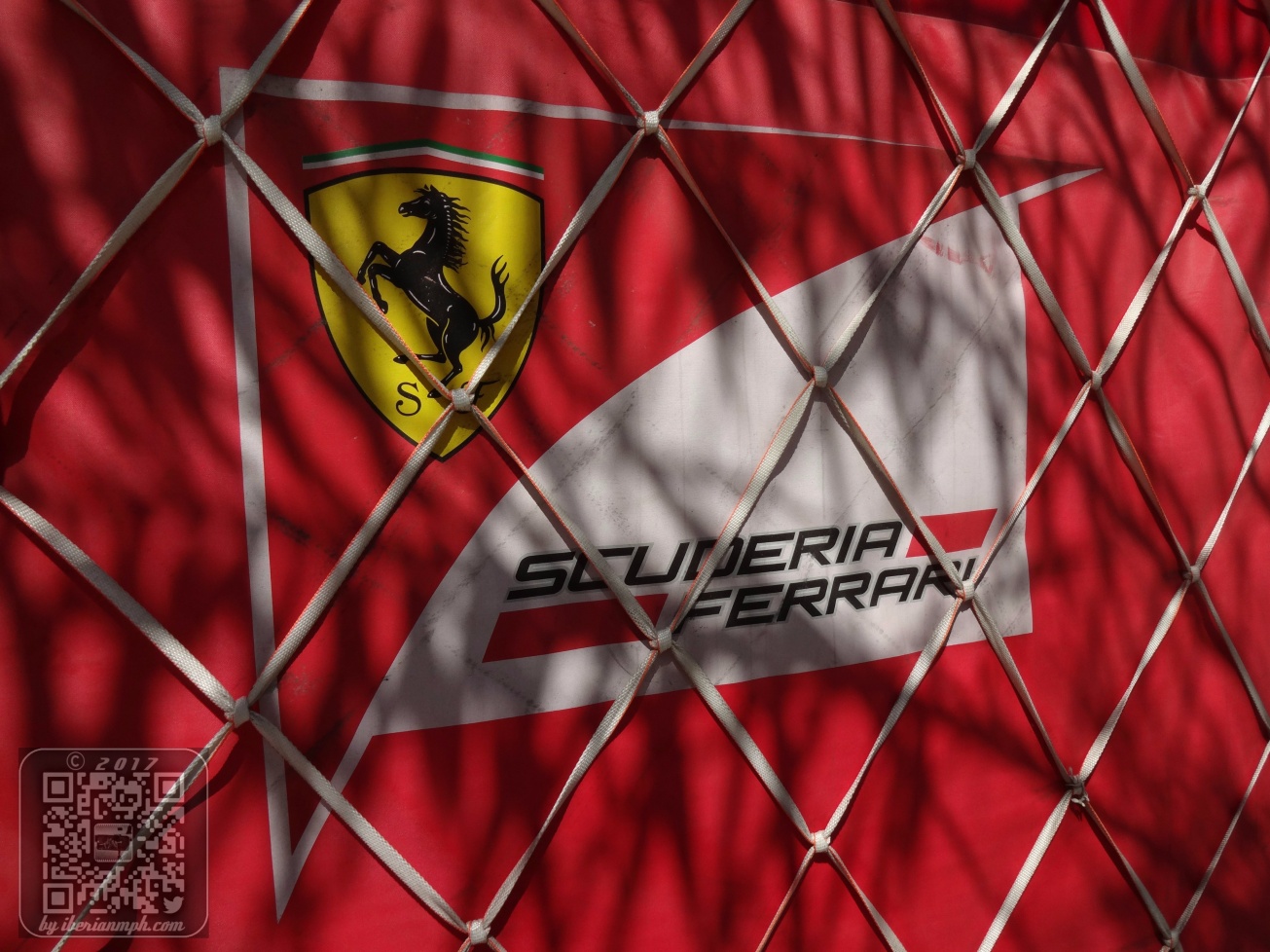 All in all, the best guy won – who doesn’t love Ricciardo’s team radio or his champagne drinking habits on the podium?

The F1 circus featuring fearless trampoline artists will now put on a show for zee emotionless and cold Austrian crowd, ja, but not before the FIA bigwigs ban Vettel for a race or two.

I hope not, that would undermine the strength of the 2017 championship: Merc vs Ferrari, Vettel vs Hamilton; it’s a dream come true. Make him pay a fine, use it for promoting whatever you’re promoting: electric future, connected cars, cars smelling of roses… Also, don’t underestimate Ferrari’s lawyers. If there was ever a “can’t touch this” team in F1, it must be the Itallyn Prancing Stallyn.

I’ve never felt so excited about Formula 1 – it’s the best with whole lotta pushing going on! 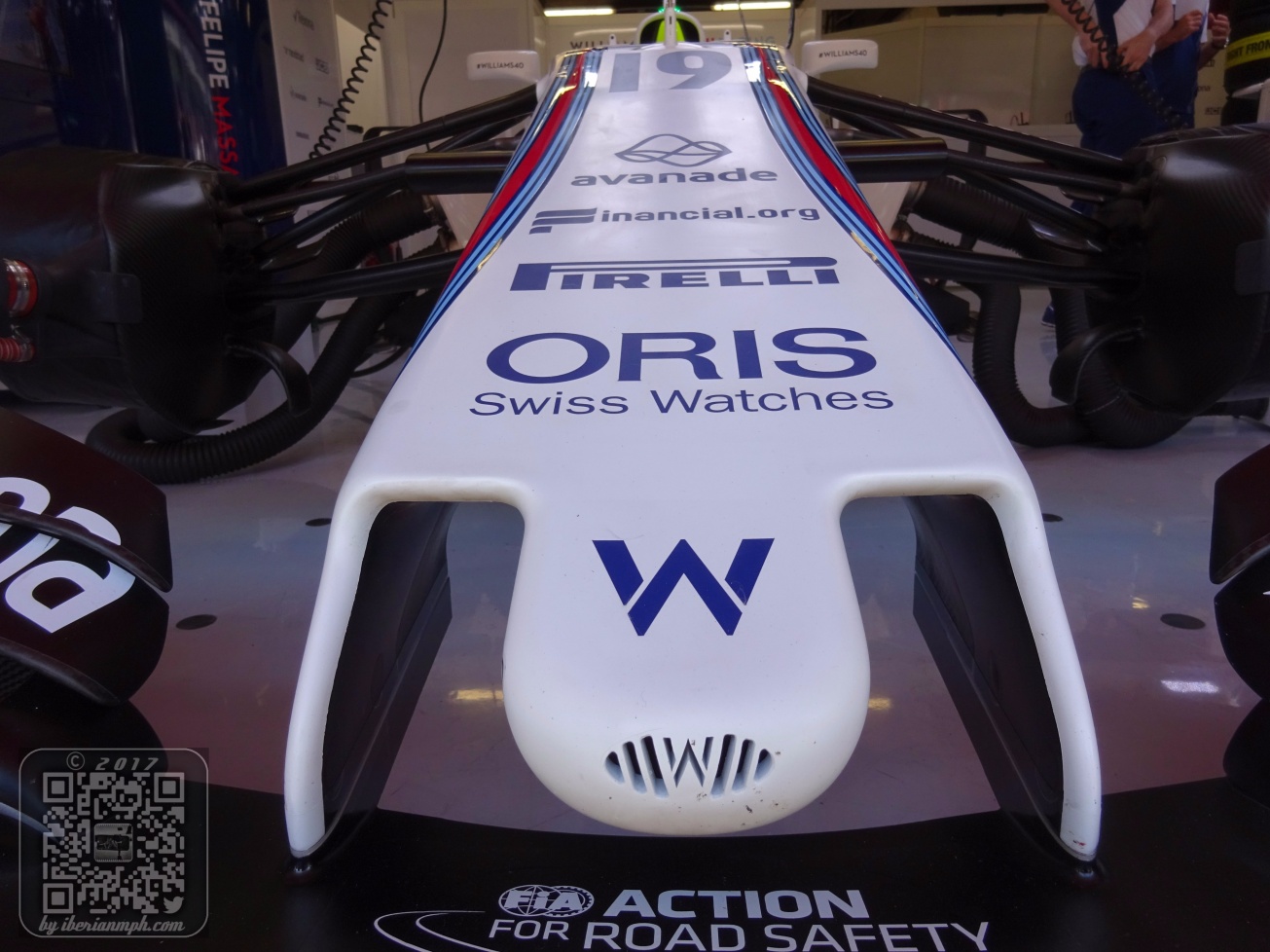