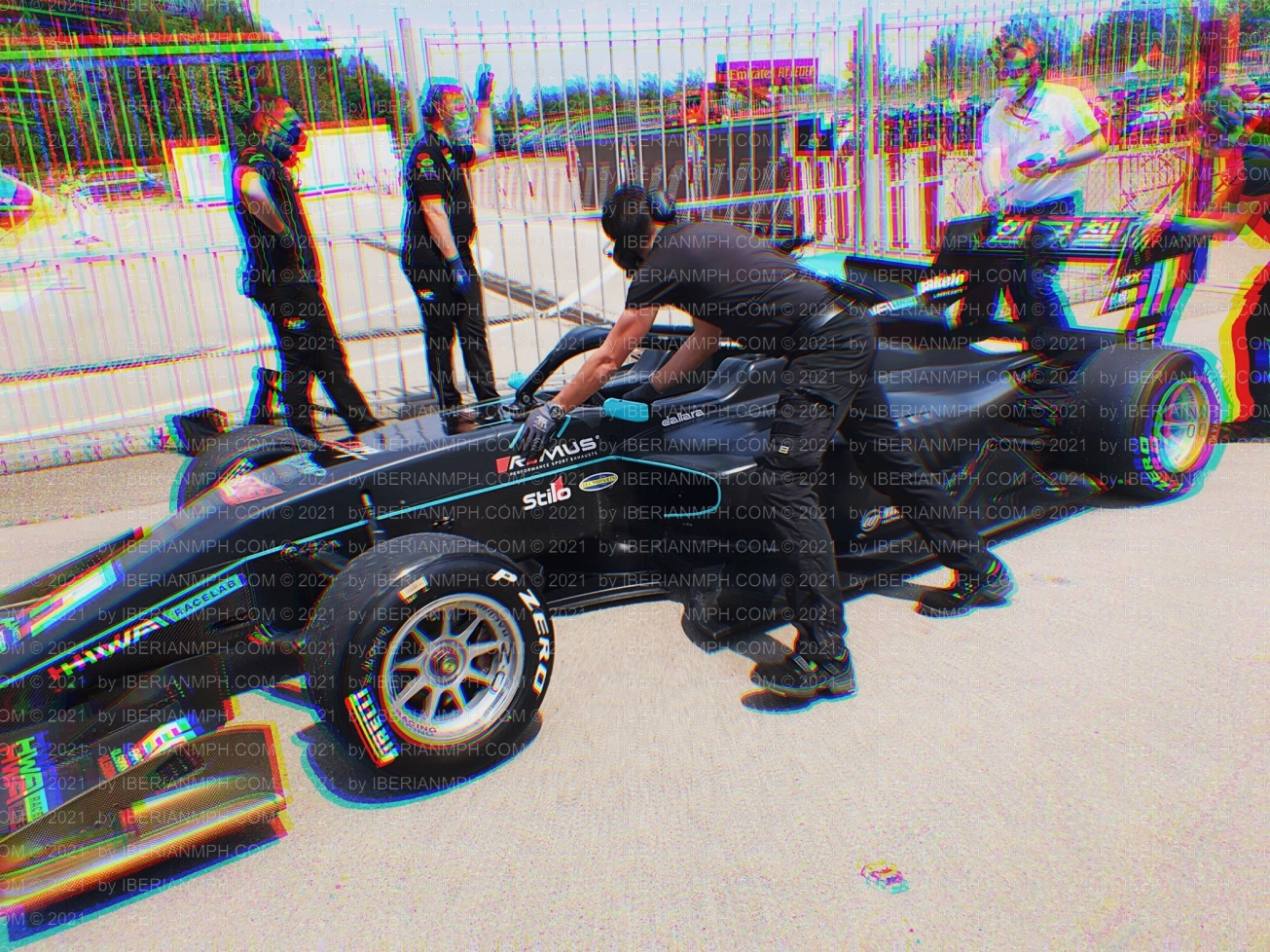 It was business as usual on Saturday in Budapest – win a few, lose a few. With some uncharacteristically exotic DNFs for high profile drivers, we had to ask what was wrong after all. Was it the heat? Was it the cold? Or did Ericsson hit them?

Apart from the obvious DNF for Fred Vesti, Lorenzo Colombo – P1 in Race 1, no less! – got DSQ for something called “ten car lengths behind the Safety Car”. LC and Campos will try to make up for that disappointment on Sunday. While almost the same fate befell Caldwell in Race 2 – not so GR8, I’d describe it as B.A.D. for his champrionship hopes.

Q: What’s with reliability today in Race 1 (Vesti & Edgar both DNF’ed with over’eating)? Did you have any type of issues with your power plant?

Lorenzo Colombo, ex-P1, Race 1: “For me, regarding reliability from the car, I would say that one of the most important points to keep an eye on is to manage the water temp or the oil temp during the formation lap. For example, now that I started at the front, I saw that my water temp was really rising a lot and I was almost on the limit so I would say that with the team we need to understand and to manage that because of course the wait time when you start at the front – it’s much more than starting from the back because you need to wait for a lot more people to get to the position on the grid. So I think for the reliability on the engine you really need to take a look on this. For the rest, I mean, it’s only a half an hour race and I never had any issues so far but you know it’s always better to keep an eye on all these parameters that the team is doing a constant job looking at. Anyways, I think F1 or other categories they have more problems than us.”

Olli Caldwell, actual P2, Race 1: “Um, I think, like Lorenzo said (boy, does Lorenzo tweet a lot post-MotoGP career or what?) the main thing is the water temperature. Starting at the front, the pack sort of spreads out in the last sector so my alarm for water temperature was going off on the starting grid. It’s not a worry for, you know, a few seconds that the start takes but if it was about that for a few minutes it would become an issue. Reliability-wise, I trust the team in everything they do so, and I don’t think that this car is prone to reliability issues, touch wood, but I haven’t had (issues). I just think if that happens, you’re extremely unlucky, there’s nothing you can really do to prevent it other than the water temperature which I think the stewards are looking at, and they always make a point to keep close on the formation lap to try and avoid this.”

Ayumu Iwasa (eventual Race Winner, Race 1, Saturday): “I think my car was – from the beginning my car was very good, but I was struggling with the car balance in the second half so it was oversteer. I was trying to cool down a bit during the SC. It could help just the first laps after the SC; to control tyre temperatures was really difficult for me.”

Race 2 saw the Fittipaldi name back on the podium, represented this time by Enzo Fittipaldi.

With l’Ingegnere’s namesake finishing a superb second on the road, the obvious question was…

Q: When a gaggle of cars started to form behind you, how confident did you feel about keeping the podium place?

Enzo Fittipaldi, the real P2, Race 2: “Well, I think, to be honest, I didn’t really feel the pressure that much because in the beginning I knew my tyres weren’t in (the right window) so I knew I was gonna struggle in the first eight laps. But as soon as I had my tyres in I was just driving and controlling the situation and to be honest I felt not a lot of pressure and I knew I had the pace at the end. I knew the tyres were gonna come in towards the end and they did. Like I said, I would have wanted them to be a lot more. If I were to do this race again, I think we would have won on a different approach with my engineer but the race is over and I didn’t really feel much pressure at all. I think towards the end we even opened up the gap quite a bit.”

Congrats to yet another Jr F1 man, Matteo Nannini on his first (of many) Formula 3 victory – at last HWA RACELAB have something to celebrate. Not a Ferrari ride back home like for rapid Gasly, but maybe a Trabant?

We’ll be back tomorrow with more exclusive bits from Sunday’s action.