DELETE ALL YOUR SOCIAL MEDIA ACCOUNTS!

And so it goes: the 3rd edition of our Charla is on air. You CAN “feel it coming in the air tonight”…

Obviously, I didn’t get much sleep in the last 24 hours due to Le Mans Virtual thingy, it was alright, not mind-blowing though; lots of good peeps driving, a bonus. I didn’t give a like, literally. On social media, that is. Because I will have told you I don’t tweet any more. Can’t be bothered.

The first VLM24 was not your virtual cup of virtual tea if you’re the sort of person who used to rock the Circuit de la Sarthe in the Roaring Twenties (while indulging in politically incorrect activities trackside) and watch André Lagache burning bad-bad-bad fossil fuel in his Chenard-Walcker Type U3 15CV Sport. There are peeps over 115 yeard old, you know. And how did they get to live and enjoy such a lengthy/productive life? By not using social media! Do yourself a favour and please delete Facebook, it’s a load of pony an’ trap.

Well, yeah… I had a dream. I dreamed about ridiculously oversized (the length of a bus) Porsche 917 cars racing at Estoril, trying to get a good picture from the main grandstand, then my weird dream escalated big time when Eric Clapton appeared out of the blue(s) to break my concentration and show me his guitar licks (spoiler alert: do not try this at home, do not lick you guitar, especially guitar neck or you’ll get CORONA). Yes, he brought a Fender Stratocaster guitar (Slowhand’s personal Model #0117602843, to be exact) and an amp along with him to the track. Then I sort of bombed and confused one of his songs with Gary Moore’s Parisienne Walkways. Oopsies! My mistake, EC. Hope we’re still good mates. 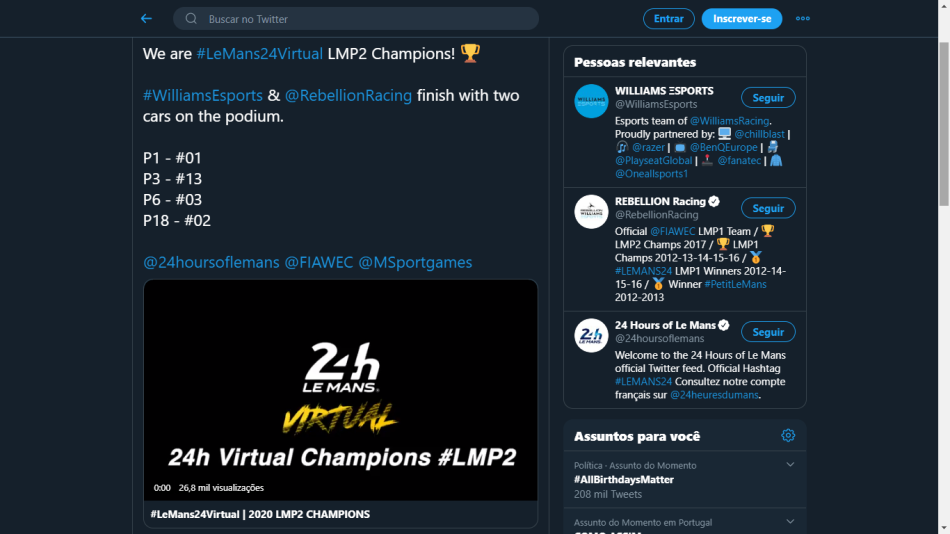 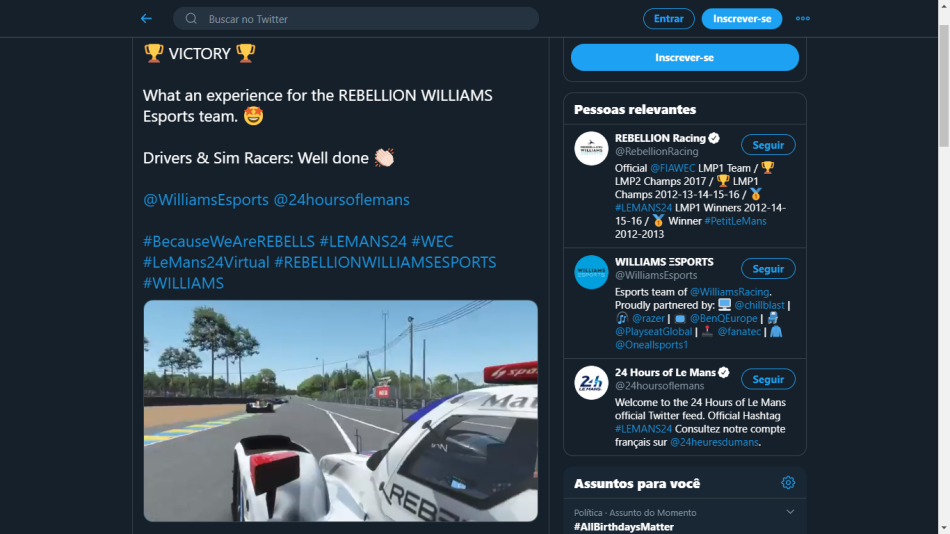 VLM24 went Rebellion Williams Esports’ way, which begs a logical question: when will there be a rebellion at Williams F1’s HQ, at its registered office at Grove, Wantage, Oxfordshire, OX12 0DQ?

While we’re on the subject, what did I tell you about my massive prediction skills? I do a post on Rebellion and they go to their living room, sit behind sim wheel and win overall Le Mans digital!

Grande, grande, magnifico! Remind me to do a post on Williams F1, maybe it’ll translate into a good result in Austria, we still got time. Time is on me side.

I’m gonna leave you with some shocking screen grabs from WEC’s YT channel. I know you’ll j’accuse me of plagiarising @nascarcasm, mais non… You’re way wrong. We pioneered this groundbreaking avant-garde technique long B4 NASCAR and WE went vorsprung-er.

Screen grab: https://youtu.be/bRvhou9AikY | C’mon, Stoff is not so awful. I know he had to bet and go against Alonso in F1 and lost, but that’s not the whole picture. Screen grab: https://youtu.be/bRvhou9AikY | Grosjean does like to cook. Foie gras is his fave dish, so we heard. 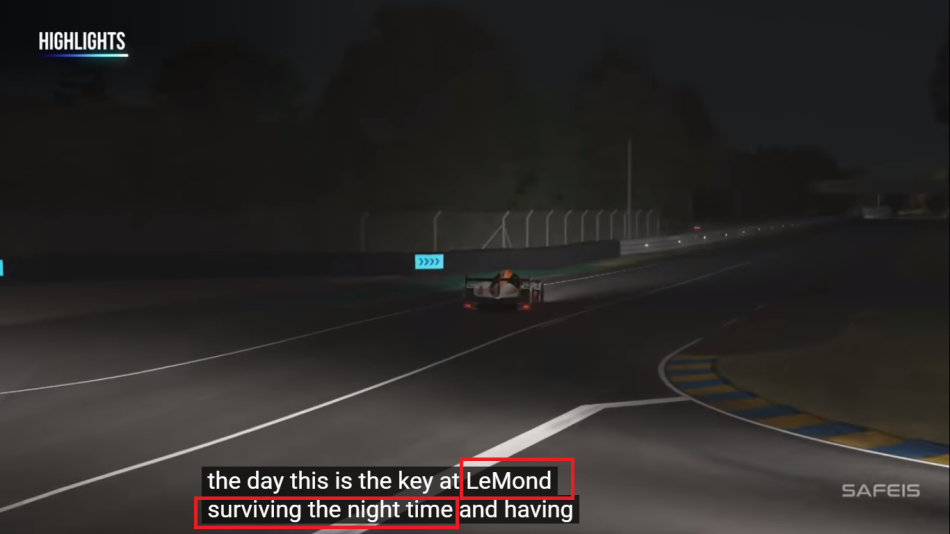 Screen grab: https://youtu.be/bRvhou9AikY | What have they done to deserve this? This unfortunate description is more suitable for a frequent social media user.