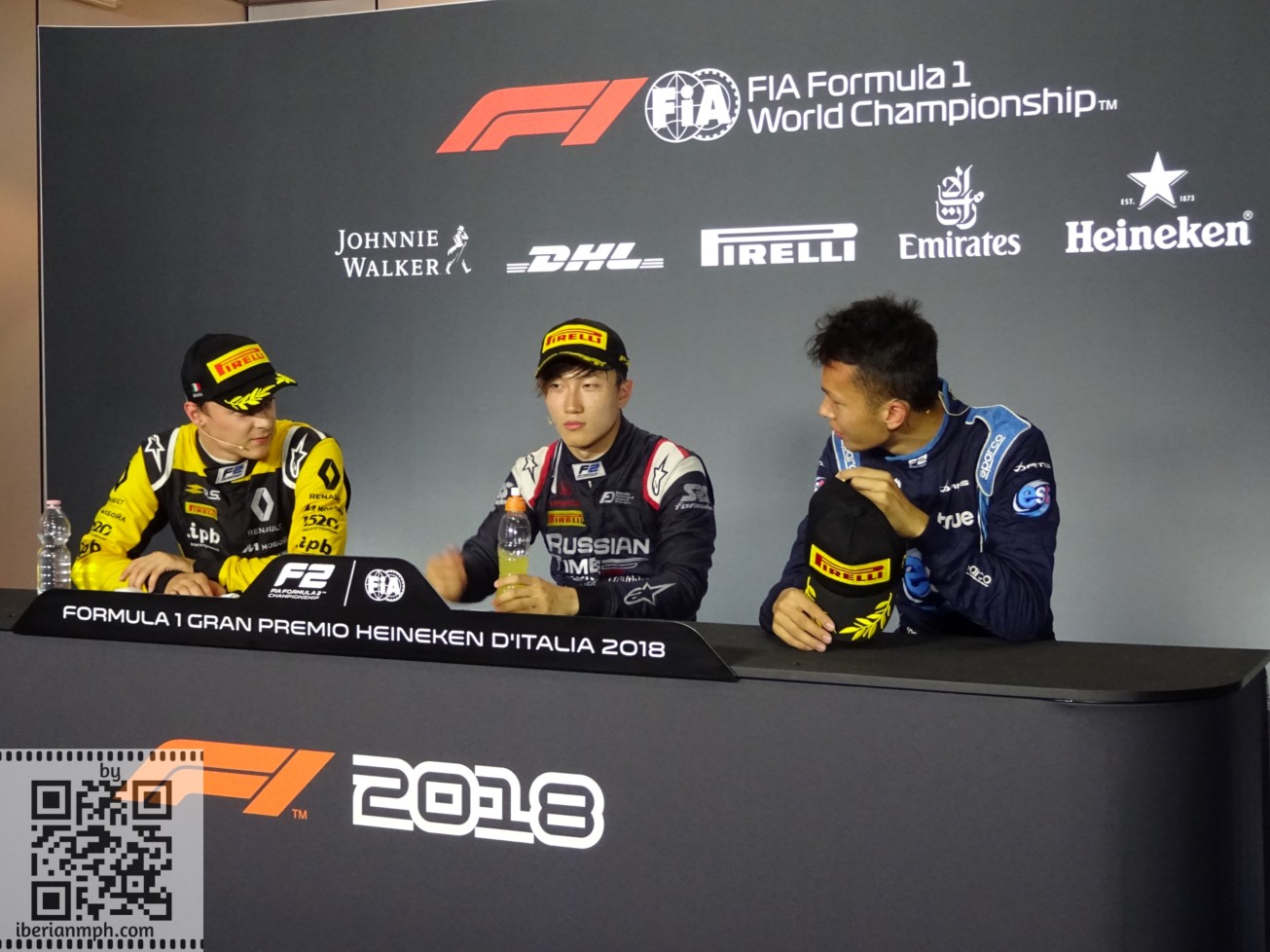 An inspired gamble starting the race with prime tires, one of only three drivers who took up this option, propelled Tadasuke Makino to claim an unexpected and popular victory of the feature Formula 2 Saturday event. Having had little dry track time during the previous sessions, the young Japanese ace began the race back in 14th position. However, come race day his bet having the alternative strategy gave him command of the race, choosing to make his pit stop for the supersofts with only three laps remaining, and rejoining ahead of Russian Time team-mate Artem Markelov. DAMS driver Alexander Albon rounded off the podium.

Behind Makino’s authority, Dorian Boccolacci and Ralph Boschung, who had also opted for the alternative strategy of starting on prime compounds, were never in contention at the top. Once Markelov was settled in second, one contested dispute was that raged between title rivals Lando Norris and George Russell, however after almost touching wheels through the Curva Grande, the McLaren junior had to accept defeat before reaching the second chicane.

Following all this excitement provided by the Feature Race, Mercedes-Benz junior star George Russell claimed victory in the Sprint Race. The Briton’s first triumph since Austria. Artem Markelov trailing in second place, and Sérgio Sette Câmara nailed a solid third place. A well-deserved result for the Brazilian, following Saturday’s frustration, where after having qualified in second position, due to gremlins he had begun the race from the Pit Lane.

Due to a slow start the pole man Ralph Boschung found himself engulfed by the pack, with Nicholas Latifi heading the field into the first laps – having Russell and Markelov following behind. Having made a good getaway, Carlin’s Lando Norris fell behind Makino. Eventually, Russell, Markelov and Sette Câmara found themselves attacking and overtaking Latifi, who in the later stages claimed forth after feeling the heat and holding off Lando Norris behind. Promising and flamboyant, Dorian Boccolacci scored his well-deserved first points coming in seventh.

Few can claim such domination as David Beckmann had claiming his second GP3 victory during Saturday’s Feature Race. The young German star, who began the race from Pole, demolished any opposition by constantly lapping quicker than the rest who struggled under the tricky wet conditions. Second and third places were divided between ART team-mates Anthoine Hubert and Callum Ilott. Following this result, frenchman Hubert continues to lead the championship over his team-mate behind.

During Sunday’s Sprint Race Jean Alesi and Nelson Piquet staged a thrilling Pit Wall viewing as both of their protégés disputed a thrilling race long duel for victory. Pedro Piquet claiming the glory after patiently choosing the moment to attack, overtaking with only two laps to go, and then defending his lead into the chequered flag. Callum Ilott claimed the final step of the podium (later disqualified for tyre pressure infringement) after another having another disputed round with ART team-mate and championship rival Anthoine Hubert… 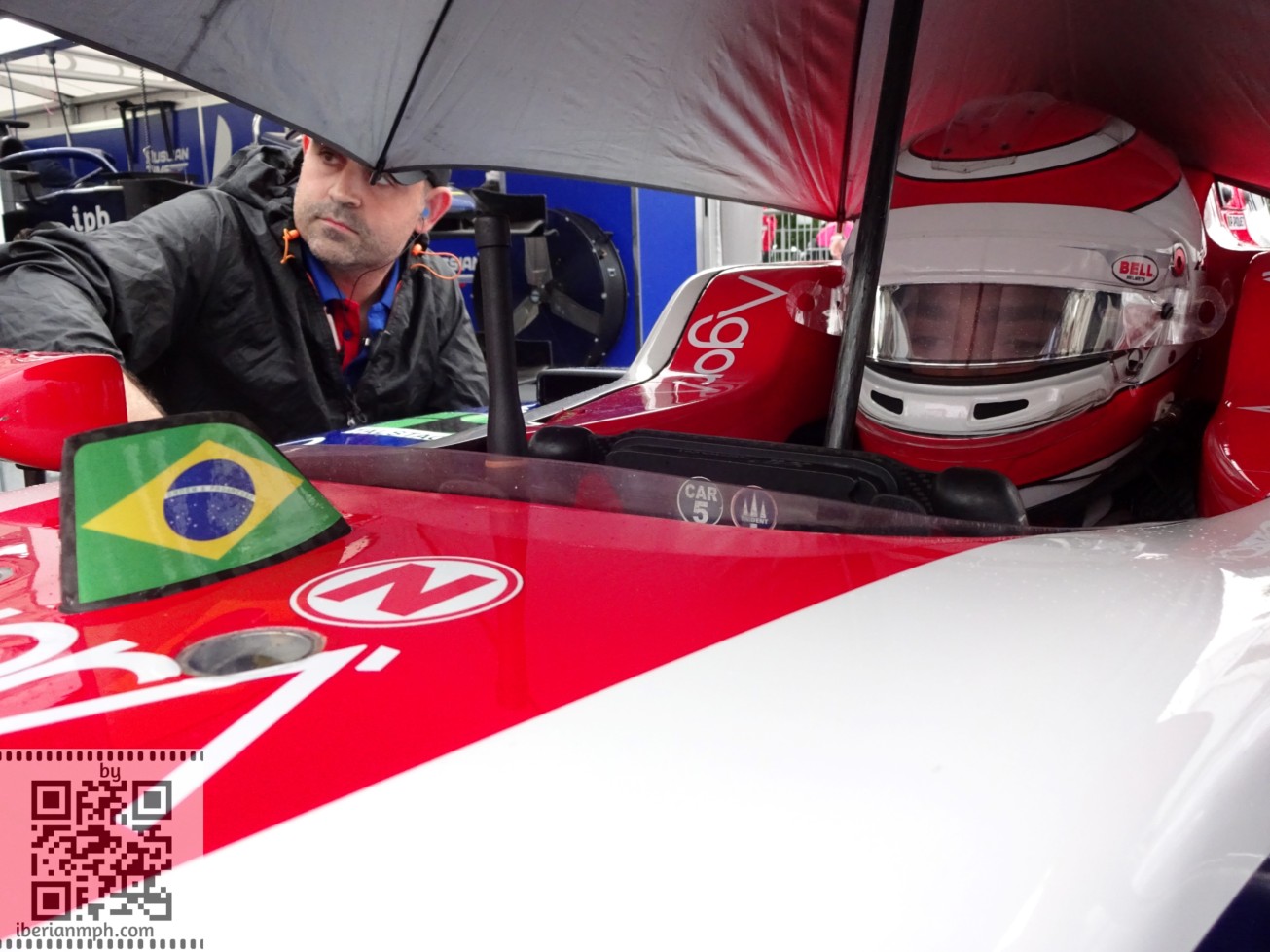 Championship battle promises to be a good one in Sochi – the next round – and in Abu Dhabi. We’re pretty sure the final champion of GP3 Series will go on to bigger and better things. Formula 2 and Formula 1, that is!