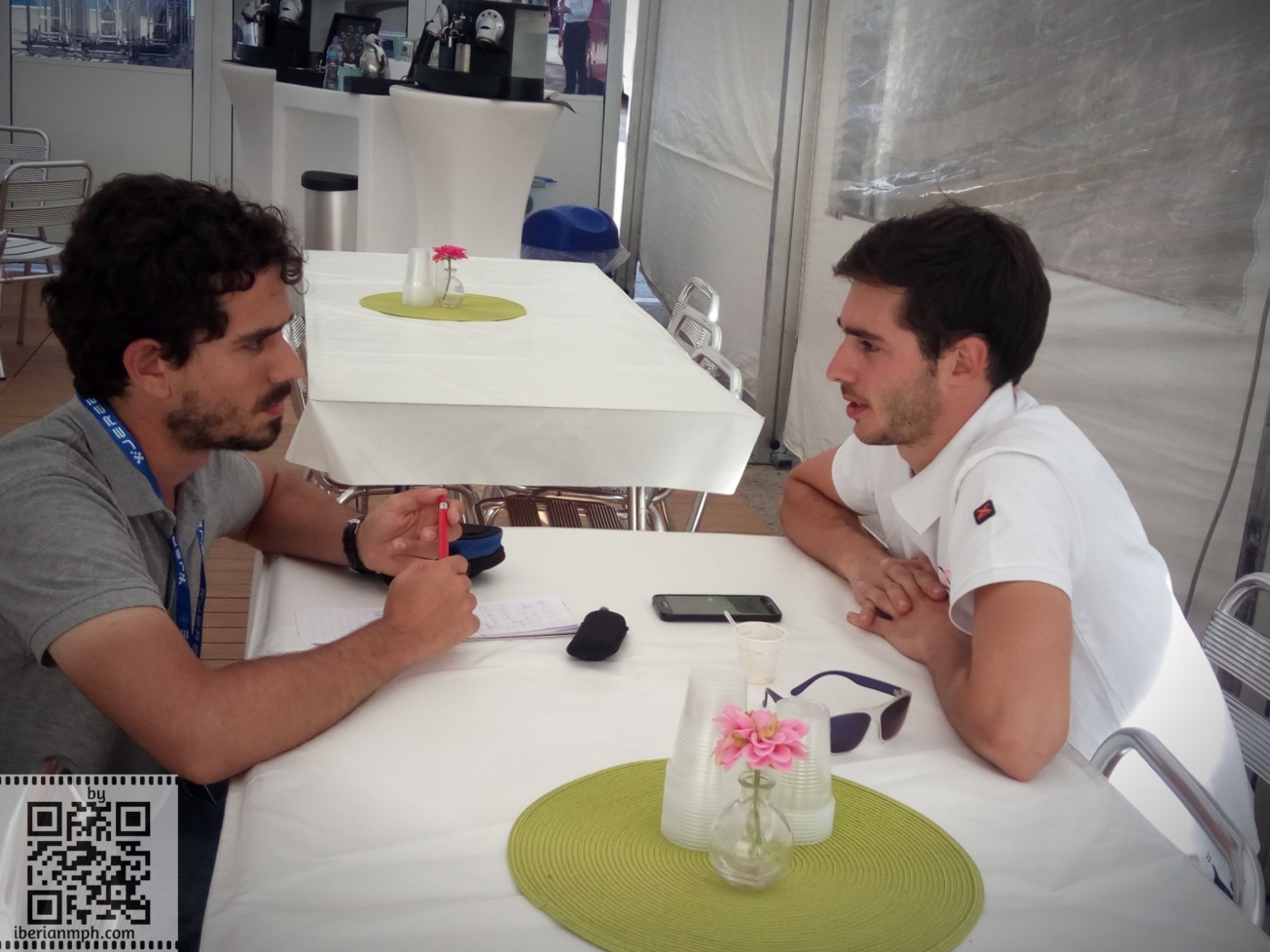 Symmetries are beautiful, aren’t they? After stints in GP2 with five different teams over the last five seasons (Arden, Trident, MP Motorsport, ART and Carlin), 25-year-old Austrian René Binder was once again news in the F2 paddock. This time he replaced Roberto Merhi at Rapax, joining a list with another five drivers up to date in the 2017 season for this Italian team: De Vries, Déletraz, Cecotto Jr., Canamasas and Merhi. In addition, the last two had also talked to the Dictaphones of Iberianmph.com. The novelty of having Binder back in business and the tradition of interviewing Rapax journeymen prompted us to seat with Mr. Binder and hear what he had to say.

How did the opportunity with Rapax come about?

We had been in touch with Rapax over the past two or three years already, but things didn’t come together to be able to race with them. But at last I’ve had a chance for this race of Jerez together. We’ll see if we continue…

What chances do you have of remaining for Abu Dhabi?

I’m not sure. My case is a bit difficult for Abu Dhabi because you have both the race and the test, and I have also a World Series race in Bahrain the weekend before. And, if we finish there in the top 3 of the championship, I’m going to be given the chance of testing a GT car. So they’ll be quite busy times… at the moment I don’t know.

How did you feel when Rapax confirmed you as their driver?

I was happy. The last time that I had raced in GP2 was last year in Hockenheim. It took me quite a long time to adapt to the tyre, and you don’t have time to try too many things here in practice and qualifying. I also think that this circuit was a bit more difficult to adapt to than, for example, Monza.  So it’s not an easy situation for me here. Unluckily, in the first race we’ve had a puncture and we couldn’t finish higher than 15th.

Do you feel that you have arrived to Rapax just at the right moment?

Well, maybe in this race we don’t look too strong. It looks like in Monza we were a little bit stronger. In qualifying, I was still adapting to the car and the tyres, so I think it’s all very demanding. But it’s quite a strong car at certain races.

What does the team say about this slight fall down the order at this track?

First of all, I think that the level is very high in Formula 2, and the teams are really close. They try their most to do well, but the differences are quite small. But they know how they can improve and I hope that we’re going to improve in the no-pitstop race of tomorrow [the improvement didn’t come to fruition, as he finished 17th and we witnessed how a Trident overtook him at Turn 1 in the early stage of the sprint race].

We have not mentioned until now that René Binder is the nephew of Hans Binder, former F1 driver for Ensign, the Walter Wolf Williams Team, Surtees  and ATS. Apart from changing teams from time to time, did Hans teach René anything else?

You mean that I might have learned something special because my uncle was also a racer? Not really. He raced in F1 and F2, but it was too long time ago, from 1976 to 1978 in the case of Formula 1, so they were completely different times. Last year, when he came to the World Series races, he found out that Formula V8 3.5 is way more technical than anything that my uncle had the opportunity to taste in his days; nothing to do with racing back then.

At least it means that you and your uncle have raced in all sorts of F2 championships contested over the decades!

Well, I did only one race in F2. The former Formula 2 championship on which I competed for a single weekend in 2011 was a lot different, because the car was slower and the technical level was a lot lower. The new Formula 2, ‘ex-GP2’, is more similar to the World Series [this year, Binder is also racing in what nowadays is formally known as Formula V8 3.5]. Although not because of the tyres, certainly… but it is in terms of speed.

Aah, the tyres… Rumour has it that Stoffel Vandoorne really blessed the consistency of the Yokohamas which he raced in Super Formula, and sincerely missed them when he came back to Europe to race regularly in Formula 1. During the Jerez F2 weekend, Binder was in a similar situation, having to adapt to the Pirellis after learning how to extract the most of Michelins in FV8 3.5 Does he like the Pirelli philosophy now that he has tried it?

How would you describe the state of Austrian motorsport as of today?

In Austria, we don’t have too many racing drivers nowadays. We have Lucas Auer as DTM driver, there’s me… I think that the problem is that we don’t have many circuits like you have in Germany or Spain. All the Austrian young racers are driving in Germany or Italy, because in Austria karting does not really exist any more.

Not that Binder embraces patriotism when we start to talk about tracks. He admits that he does not like the Red Bull Ring so much, “because it presents such a basic layout… I like more the circuits like Singapore, which is a bit faster than Monaco”. Of course he has attended the last stint of Austrian GPs: “I raced there with Arden in GP2, in 2014 [and with Trident in 2015].” But… “I was too young to have attended a race in the period between 1997 and 2003”.

Which track is your favourite one?

Two weeks ago I was Austin and I’ve won over there. For me it was very nice, very fluent and fast. I also like specially the Street circuits a lot: Monte-Carlo, Singapore… That’s the reason why I’ve had a look into IndyCar, because they have a lot of Street tracks.

Would you like to drive around the old Osterreichring?

Yes! They are rebuilding it basically for the FIA championships…. because they need to host more cars. Generally, there are too many for the short circuit. The big one is really nice to drive, but I don’t think that F1 is going to race there again at some point in time. Anyway, the short configuration will still be in place.

Whether we’ll see René Binder driving again in Abu Dhabi is something up to the Rapax top brass. However, you don’t remain in F2 after five years trying to show what you’re capable of, without your dose of relentlessness when looking for a seat: “Next year, there are more teams coming, so we’ll have between 22 and 26 cars. It will be really competitive.” If next year we say hello again to René Binder in an F2 paddock, you’ll be the first to know.