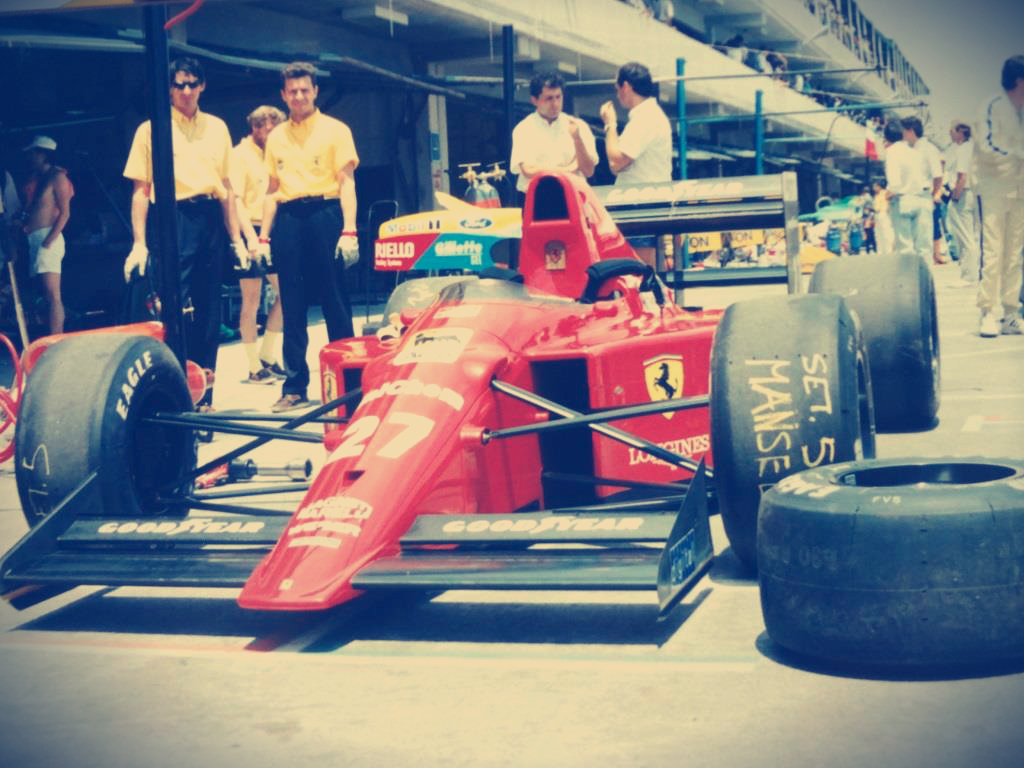 Ahead of round 4 in Mexico City, incredible drama and excitement had unfolded during the previous three rounds in Rio, Imola and Monte-Carlo. This was no ordinary Formula 1 season; it was the beginning of a new era in the sport.

At the start of 1989, the most notable change was related to engine regulations that governed the sport. Gone were the dinosaur turbo engines that dominated the past decade and the atmospheric 3.5-litre engines became mandatory. Following the previous season (dominated by McLaren-Honda) the ban on turbos was just what F1 needed.  Engines in 1989 were also incredibly loud, after manufacturers were given complete freedom on the configuration (architecture) of the power plants. Italians, Ferrari, Lamborghini and Japanese Yamaha had chosen V-12s, with its irresistible mechanic symphony. Meanwhile Honda chose a V10 configuration to power the mighty Marlboro McLaren Team of Ayrton Senna and Alain Prost.

After two years away from sport, Renault was back with its V10 engine, supplied exclusively to the Canon Williams Team. British engine manufacturer Judd was supplying its V8s to customer compatriots Team Lotus and Brabham, who were also making a promising return with a Sergio Rinland designed car after a year’s absence. The rest of the pack, which was considerable in those days, were powered by reliable customer Ford Cosworth V8s. The radiant Benetton F1 Team was Cosworth’s official factory team, disposing of the newest engine developments.

The season began in front of an euphoric crowd in Brazil where, following a terribly unreliable pre-season for the new semi-automatic Ferrari F639, Nigel Mansell surprised the world by scoring a popular debut win at the season opener at Jacarepagua. This victory was a complete surprise to everybody, including the British driver, who missed his early afternoon flight back home, as he had booked it expecting retirement earlier in the race. Without question, John Barnard’s revolutionary and elegant looking F639 marked the beginning of a new era in Maranello.

Round 2, San Marino Grand Prix was held in Imola, still remembered today for the horrific fire Gerhard Berger suffered after crashing hard into the wall in Tamburello. As a consequence of the burns to his hands, the Austrian missed the next round in Monte-Carlo. After the inferno, and still with traces of the fire, Mexico City marked the return of Gerhard Berger to the cockpit of his Ferrari.

1989 F1 season was not only diverse for the large number of constructors but, it was also very colorful with so many sponsors funding the teams. International tobacco companies like Marlboro, Camel, Barclays, West and Gitanes adorned the lively scene. The official Mexican GP poster featured a French man, Philippe Alliot on his Larrousse. The popular Frenchman had reached celebrity status in Mexico after his spectacular crash the previous year during qualifying. Unmissable, too, were other non-tobacco sponsored cars like the vibrant USF&G Arrows, designed by Ross Brawn, or the gorgeous electric blue Leyton House March designed by Adrian Newey. Without any question it was one of the best looking cars ever.

Even though F1 has always remained the pinnacle of motor sport, much has changed since then. Races then used to be a friendlier affair for everybody involved, especially spectators. Incredible it might sound today, the F1 Paddock was open to the public. Yes; back then, you could purchase one of the limited Paddock passes in addition to your grandstand ticket.

I remember walking into the Paddock and feeling that irresistible atmosphere, generated by the engines echoing loud around the ever present smell of fuel and tyre rubber. Everything was visible. Teams had nothing to hide, and not only could you see through the garages, additionally between and during sessions mechanics used to prepare cars outside the garages, enjoying working under the shinning sun. You could walk; take a look around and take as many photographs as you wish. Team Hospitalities in Mexico City used to share a common table area, shaded under nice palm trees. Teams used to have lunch together, creating a great family atmosphere. Drivers were always around; I remember seeing Alessandro Nannini, smoking a cigarette, always relaxed, enjoying himself.

Having 31 entrants for a race meeting, early Friday morning staged a dramatic Pre-qualifying session. During 60 minutes, 13 cars from the “smaller” teams were desperate to make the cut into having an attempt at Qualifying. Regardless of the track conditions, young guns were always desperate to make their mark. People in F1 were looking and that extra risk had to be taken.

Since the previous year, the Mexican Grand Prix had been held in late May, instead of its traditional autumn date. Being late spring, it was the beginning of raining season in Mexico City, with heavy thunderstorms hitting every evening, washing all rubber off the tarmac. And for this reason, each passing day drivers found an ever changing track conditions. Needless to say, those nasty bumps around the Autodromo Hermanos Rodríguez were getting worse every passing year. However these elements added some spice driving into the Peraltada, the legendary banked 180º turn linking the back esses into the main straight.

Imola created a state of maximum tension between both McLaren drivers Senna and Prost, there the Brazilian refused to honour an agreement to respect positions following the start into Tosa. Earlier that week in Mexico, trying to smooth things a bit, Marlboro organized a press conference gathering Senna, Juan Manuel Fangio, Prost, and Nigel Mansell. With the legendary Argentinian champion sitting between McLaren drivers. Leaving tensions aside, this event gathered F1 world titles.

Race day was hot and dusty, earlier during the morning warm up I took my place located over the Pit Lane Exit. With this session being only 30 minutes long, all qualifiers gathered anxiously before the stop light turned green. The front group of the pack included Nannini, Herbert, Senna, Mansell, Berger, Prost and Piquet all sitting inside their cars, anxious to hit the track on full tanks. Trapped in the middle of the bunch of F1 cars, Senna looked completely focused to the eyes of the lenses of the photographers.

After the morning warm-up, I had another opportunity to visit the Paddock, where engines were being fired, you could feel the tension rising every minute as the race came closer. All teams, except McLaren, were again preparing their cars outside their garages; Ferrari had a fully assembled Nigel Mansell’s F639, with its new roll-hoop engine air intake, outside only for people to see up close and photograph the new developments. Sun was shining, smiling mechanics wearing sunglasses around, and everybody seized the moment.

Later that morning, I walked to Race Control and stood outside the drivers briefing room, as the drivers walked in. I remember seeing Gerhard Berger still with bandages around his hands. Brave he was, and extraordinarily brave was also Johnny Herbert, he was still walking badly as a consequence of his F3000 accident the previous year in Brands Hatch. You could sense the pain he felt just by looking at his face. Drivers used to have a gladiator aura, true heroes in every sense of the word.

Being so hot and slippery, this was a tyre race, and Senna remained ahead fastest, as he had done the whole weekend. Having started from pole, the Brazilian dominated and crossed the finish line a distant 17 ahead of Ricardo Patrese in his Williams Renault. Both Ferraris disappointed the Mexican crowd after retiring with mechanical breakdowns. The great Italian Michele Alboreto finished a superb third place in his unsponsored blue Tyrrell Ford. The top six were rounded by Nannini, Prost and Gabriele Tarquini scoring his first ever point on his AGS Ford.

Post-race celebrations lasted well into the afternoon as teams carefully packed their equipment into the trucks which would transport the F1 circus to round 5 in The United States in Phoenix, Arizona.

Twenty seven years have passed since this episode in Mexico City, but the excitement and drama of races like this one remain very present in the collective memory of the sport. Souvenirs from that period are now treasured belongings, witnesses from a golden age of motor sport.