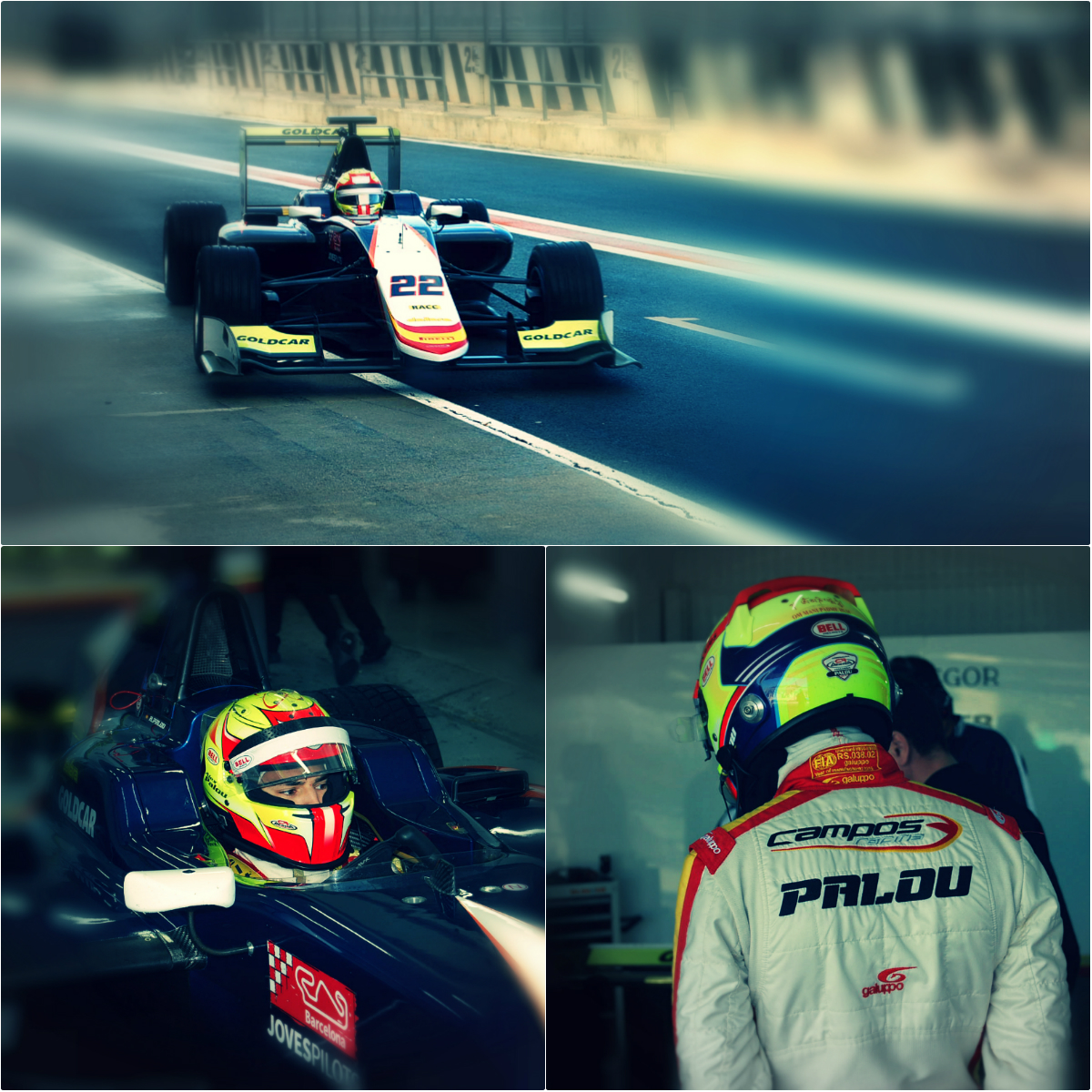 This time it’s Señor Palou who failed to escape Tony’s digital recording device. Give Álex and Campos Racing a follow, all you #GP3 tweeting birds!

Tony Hall: What is it like remaining with Campos Racing for a second year of GP3? How do you feel about it?

Álex Palou: Actually, it is my third year with Campos Racing because during my first year I did Formula 3, so yes, it feels very good. I think Campos Racing is a good team because if you can stay with the same team for a long period you feel like a family because you know all the team; it is very good. You go on holidays where we can stay with the team and we have a very good relationship. I have never been in a team where the team is also my family. That is very good for me.

TH: The new GP3/16, what do you feel the differences are between last year’s car and this year’s?

AP: Well, the first thing that you feel is that the engine is a bit slower in a straight line, so for drivers – we don’t like this but anyway, I think they did a very good job both with engine and chassis. The car now is more balanced and tyre degradation can managed much better. I think it is a better car. If you do a summary of the car, it is better chassis, much better in downforce, stability and balance, I like it.

TH: Is the lap time between last year’s car and this year’s similar, especially with the extra downforce and corner speed?

TH: Which driver has given you the motivation to achieve your motor sport dreams at the moment?

AP: Since I was five years old, when I started karting, my hero was Michael Schumacher when he was in Ferrari. I was following Schumacher and I was dreaming of Schumacher and he was my hero but only whilst he was in Ferrari. Then I think it was another chapter of Schumacher when he was not the same. Now I am following Hamilton, I have a few drivers (that I follow), I don’t have only one, but I really like Hamilton for some things and I like Vettel for other things.

TH: I am surprised you didn’t say Alonso!

AP: Yes, I like Alonso but not now, it’s the same as with Schumacher. When Alonso was at Renault, he was the best. You could give him a car that was not perfect but he would do the lap and he would race like a lion but for me now he is not the same.

TH: How do you like the circuit Ricardo Tormo here at Valencia?

AP: I like it very much here at Ricardo Tormo and the circuit of Barcelona, they are my home tracks. Valencia is my home town because the team is based fifteen minutes from here and Barcelona is close to my home. Here they have the one thing that I think it is the only circuit in the world where you can go to a grandstand and you can see the entire track. For all the visitors and fans I think that is the best.

TH: What is your next step up the ladder?

AP: My ambition is to be a professional racing driver. I live with that and I want to achieve that.

(Tony comment – Well, you have already achieved one win in GP3 at Abu Dhabi last year!)

TH: I was speaking to Adrián Campos and he compared you to Alonso and García. He says you have the mental strength of García and the maturity of Alonso. Do you agree with him?

AP: I cannot say anything but I really like what he said because it is not the first time he has said it and I really like it. For me, I don’t believe that I am comparable to García or Alonso but I like it of course. Obviously for me it is very good to hear that and it is what I am trying to be, the best I can be and I am working every day for that.

TH: Thank you Álex and I wish you all the best for the season.