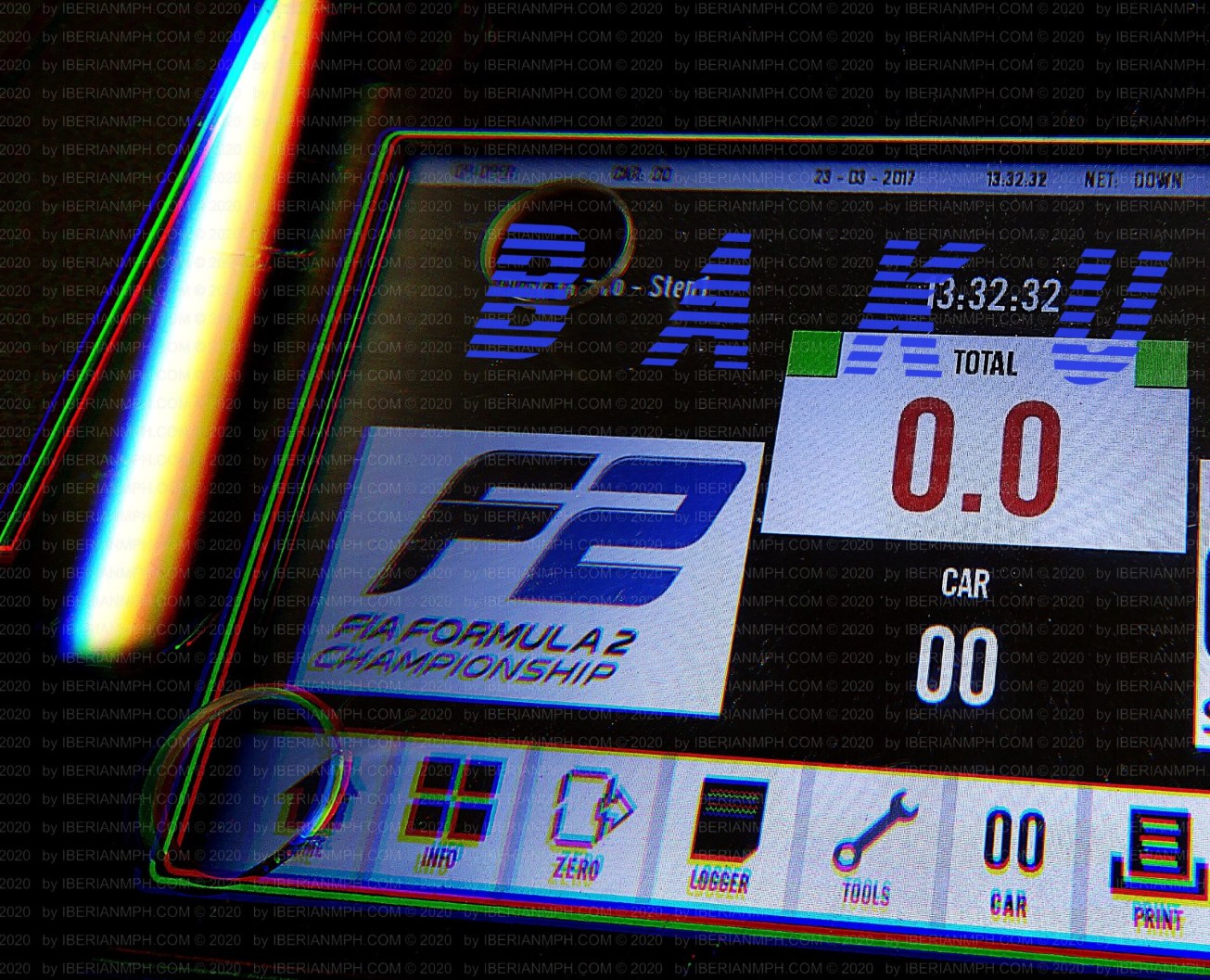 Hullo, stranger. You’re reading this because you took the bait and clicked the link – wherever you saw it. So head straight to the bottom of the page for the Feature Race quotes. Light your fire. right down Below.

What should we expect from Baku? To be honest, it’s biggest party piece is its length: it weighs in at 6.003 km long, apparently. Width? Not so much in places, the famous I’m-so-stupid-I-switch-everything-off iconic castle flick can only be navigated in a Ligier JS 50 Sport Young, go on, google it.

The main newness for Baku consists in Nannini Jr exerting his occupying power on Campos and thus replacing Gianluca Petecof. I was extremely disappointed to learn that the young Nannini would be chopping his HWA-powered F2 programme in favour of full-on F3 attack as I naturally viewed him as the gr8st new and the ‘bestest there is’ all-rounder. But now he’s back! Attaboy. Maybe HWA’s turbo lag problem was too much for the 2019 F4 United Arab Emirates Championship Certified by FIA Champion.

Campos, they use sangria as fuel, hence squeezing more boost from Mecachrome ICE. It goes to show it ain’t easy to crack ex-GP2, the black ART of fully unlocking the car’s potential is only for the chosen few, I put it down to daft disco playing 24/7 in ART’s garage and their secretive nature, nothing new there. Having grunted that, I’m confident that in 2025 HWA will be able to hit the ground running with Yuanpu Cui at the wheel.

Speaking of tyres, Pirelli’s P Zero Yellow medium and P Zero Purple supersoft should be enough to make sure everyone is struggling from lap one onwards to do anything at all with those 13-inch chunks of rubber, it’s gonna be lit(tered) with marbles in the self-proclaimed Land of Fire. But let’s face it: Michelin are not crazy enough to bite the bullet after their previous stint in the sport, no more forays into the South American freshwater club. The Clermont-Ferrand-based company is in no mood at all for week in, week out Salò or 60 minutes of deg. Let Pirelli suffer instead!

The championhip itself is looking pretty decent heading into the season finale at Abu Dhabi mid-December, that of course if the drivers don’t get too bored with long breaks and start new careers as Uber Eats delivery drivers instead. Wow, I am truly on form today with dumb jokes, aren’t I? And similar to Ferrari’s YD academy last year, Alpine’s YD academy is facing a nice problem: which one of their alumni will rock Formula 2 in 2021? It’s looking pretty decent so far for Zhou and Piastri at the top. The tiny Oscar has taken a sensible and rationable approach after he threw a whole bunch of points away in that Bahrain collision with Ticktum. You tweet, you learn, he can’t afford to lose too much ground on Zhou through the balance of this year. Nah yeah, yeah nah. However well he’s doing, Guanyu’s points lead can be overhauled – sorry, GZ, I placed my bet on Oscar to take the title. And, as illustrated by their somewhat slower Williams pay driver academy colleague Roy Nissany, both Piastri and Zhou can tap into Team Enstone’s wealth of experience and know-how to help them with their respective campaigns. Lovely.

The taming of the quick by F1 teams is no bad thing in reality, as we take a slight detour into Formula 1 with Tsunoda now that’s he’s getting a Franz Tost special treatment with eins-zwei-drei Rambo camp training down in Italy. Let’s hope our old interviewee from 2020 can get it back together for his assault on great things in F1.

Should you be overexcited for Baku’s three F2 races? Medium rare, I expect it to push my buttons at least, whether it pushes your jensons – no idea. By and large, Formula 2, despite being relatively expensive to run, offers great value for fan money. For my money definitely. There’s a whole theme emerging here: I’m a megalomaniac. Admit it: F2 racing does get under your skin, it’s simpler and is better for it.

Keys to winning on Baku’s mean streets? So caveat emptor is to guarantee that you qualify at the front, drivers must be able to find the maximum underneath themselves, hit on ideal revs when the cars are popping on the grid, don’t fluff the start by making sure you’re the first to throttle off the line, expect a SC or two, look after your tyres, it should be well behaved on drivers’ side because we naturally want to see more battles up and down the field until the very end of the last lap of each race.

So here’s what our top 3 drivers from Friday’s qualy had to say.

Asked Sergio: “Juri (Vips) and Liam, now you look like the Oasis brothers, will you fight each other for the win in the Feature Race? And how do you expect to work with the team (Hitech Grand Prix) over the course of the weekend?”

Responded Liam (Lawson): “Um yeah. I think it’s gonna be very very close. As we said before, there are obviously other places that have more of an advantage starting off pole, especially with the straights at this place. I think for sure in the races there’s gonna be overtaking and probably fighting for the lead. Obviously, number one rule is don’t crash into your team-mate, that has to be taken into the Sunday’s race.”

Anything to add Juri?

“Yeah, we’ll be relatively nice to each other still. I mean, it’s just, as Liam said as well, it’s like, it doesn’t sort of define the race here where you start. But yeah, we are starting close to each other in at least two of the three races. So we’ll just try and respect each other, we’ll see how it goes. I don’t think it changes much as to how we work and stuff within the team.”

Collective laughs and something about Turn 3.

There you have it, folks: Iberianmph exclusive – he will. All eyes on Sunday!

Come Sunday, comes the Feature Race and with it the inevitable, dare I say oozing exclusivity, quotes. Vips, Piastri and Shwartzman for your reading glasses only.

We asked our top trio whether they felt any difference between he’s the left side, you’re the right side, oh no. Can they explain that cat? Hint: it’s a song.

JV: “I think the right-hand side has generally slightly more grip by now. Well, I managed to get Liam so it’s rubbered in more because a lot of people do the starts on the inside line and it sort of just rubbers in a little bit more. But if you go (back) like (Sprint) Race 1, no one uses that part of the track. No one has used it at that weekend so the beginning of the weekend it will be much more dirtier that it is now. I think there’s a little bit of a grip difference, yesterday I had a little bit more grip. It was a good start today anyway.”

OP: “Um, yeah. I think I agree with Juri, I think the right side probably had a little bit more grip, starting from 19th yesterday – I don’t think it really mattered the amount of grip I had. It was pretty far back, but maybe a little bit more grip on the right-hand side. Not a massive difference, I don’t think so. You can gain much more in getting your start procedure right than grip on the grid.”

RS: “I started P1, P10, P10. I think my best start was from P1 so the right side had a bit more grip, but I still think the left side was not so bad either. From P10 it’s hard to judge because there was a lot of cars in front and behind so it’s really hard to say. There was not a huge difference to be honest. Yesterday in Race 2 there was a bit more (difference between the sides) because it was getting cooler and there was a shade on the left side compared to the right one. So I think the most difference was actually yesterday in Sprint Race 2. Today it didn’t really seem that much of a difference.”

PS Our investigation into turbo lag has been an overwhelming success, but you’ll read about it next week. Unmissable moments! Iberianmph. Click the magic link then.

One thought on “FIA F2, Baku – Gonna Be Lit in the Land of Fire (Updated)”